7 poses from yoga to fight insomnia 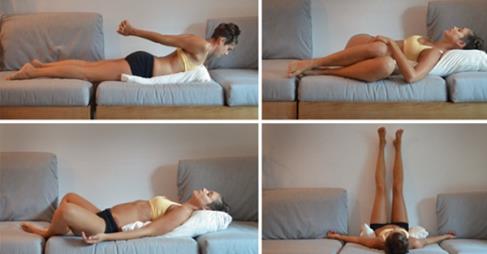 Yoga ( vir .) Is a concept in Indian culture, in a broad sense meaning the totality of various spiritual, psychic and physical practices developed in different directions of Hinduism and Buddhism and aimed at controlling the mental and physiological functions of the body in order to achieve an individual's elevated spiritual and mental state. In a narrower sense, yoga is one of the six orthodox schools (darshan) of Hindu philosophy. The main directions of yoga are raja-yoga, karma-yoga, jnana-yoga, bhakti-yoga and hatha yoga. In the context of the philosophy of Hinduism, yoga is understood to mean the system of raja yoga, set forth in Patanjali's "Yoga Sutras" and closely related to the fundamental principles of the Samkhya. Yoga is discussed in various writings of Hinduism, such as the Vedas, Upanishads, Bhagavad Gita, Hatha Yoga Pradipika, Shiva-samhita and Tantra. The ultimate goal of yoga can be completely different: from improving physical health and reaching moksha. Outside of India, the term "yoga" is often associated only with hatha yoga and its asanas - physical exercises, which do not reflect the spiritual and spiritual aspects of yoga. The one who studies and practices yoga is called a yogi or yogi.

Insomnia is the problem of the modern world. Moral and physical fatigue negatively affects the quality of sleep. It is very bad when at the end of a busy day the body requires rest, but because of insomnia, it is impossible to get into a hug to Morpheus. Worst of all, if this happens regularly. Have you ever had insomnia? If so, a few simple exercises will help to cope with this. These seven simple yoga asanas can end insomnia once and for all.

1. Upavistha konasana (posture of the angle in the sitting position)

5. Supta baddha konasana (posture of the bound angle in the supine position)