Testing the batteries will let you know:

In our tests, all AA and AAA batteries that you can find are involved.

To increase the accuracy of measurements, the battery analyzer does not use PWM - it creates a constant resistive load on the battery

The device can work in different modes. To test AA batteries, three main modes were used:

In addition, four batteries were discharged with small currents of 50 and 100 mA.

The measurement was made when the batteries were discharged to a voltage of 0.7 V.

According to the discharge schedule, you can clearly see how different types of batteries behave.

Discharge of AA batteries with a current of 200 mA 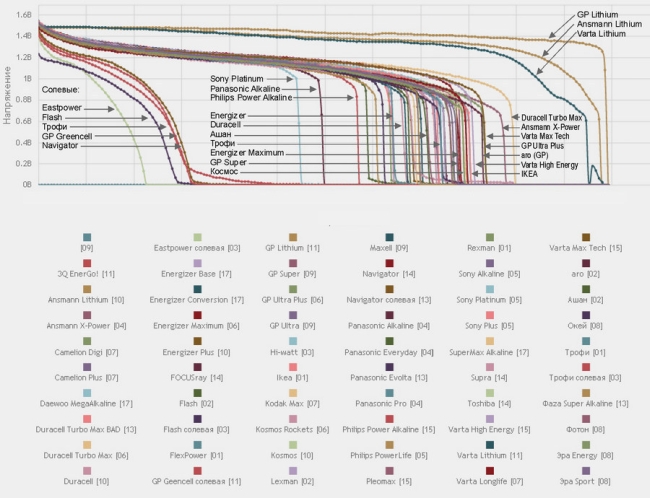 You can clearly see how much less capacity.

They not only have a large capacity, but also discharge in a different way: the voltage on them does not decrease almost to the very end, and then drops sharply.

This is especially evident in the battery Lithium Lithium.

In addition, lithium batteries can work in frost.

The remaining batteries differ in capacity by only 15%. 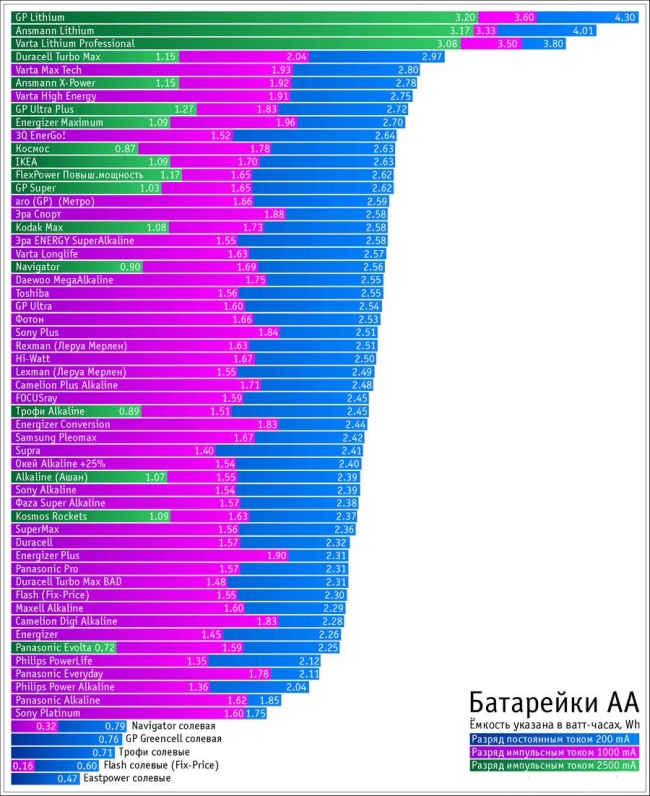 In terms of capacity, they corresponded to ordinary cheap batteries.

In the table and on the charts they are labeled "Duracell Turbo Max BAD".

It is clearly seen from the diagram that different batteries behave differently when discharged by large and small currents.

For example, Camelion Plus Alkaline gives more power than the Camelion Digi Alkaline on a small current.

And on the big the opposite is true.

In this case, there are many universal batteries that work well with any currents.

I averaged the amount of energy that the batteries give out on large and small currents and based on the results and the price of the batteries (which in some cases is only approximate) was a one watt-hour chart for all AA batteries.

Diagram 2 - the cost per watt-hour for all AA batteries 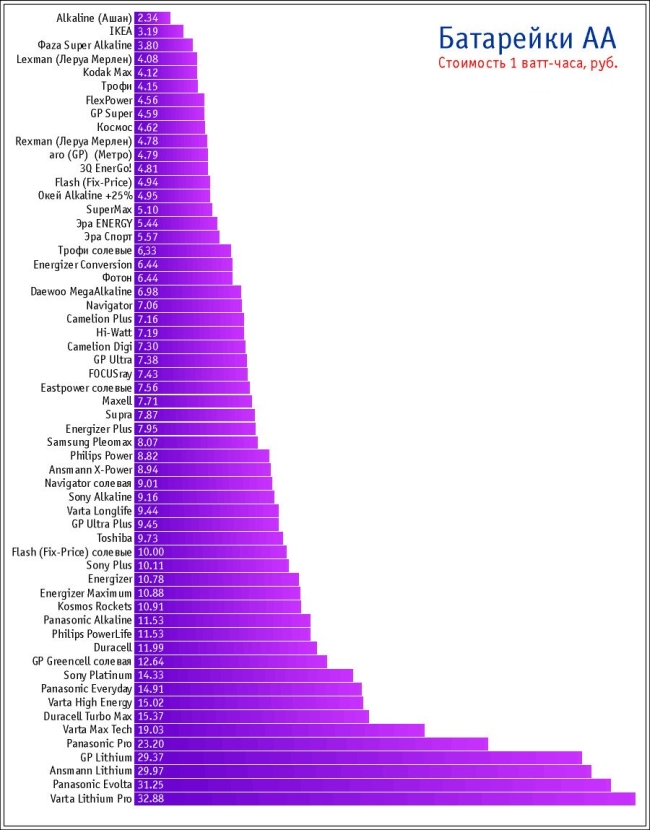 All types of AAA batteries were discharged with a constant current of 200 mA.

Some types of AAA batteries were subjected to a second test - a discharge with a current of 1000 mA in the "constant resistance" mode (the current was reduced as the discharge progressed).

This mode emulates battery operation in a flashlight.

In AAA format, Duracell Turbo Max was not the best alkaline battery.

Many cheap batteries (for example Ikea, Navigator, aro, FlexPower) had a larger capacity.

Most batteries were provided by the wholesale companies Source Battaries, and Power Systems and Technologies.

Their batteries were provided to Ikea, Camelion, Navigator.

I bought some of the batteries in Auchan, Metro, Okay, Yulmart, Pyaterochka, Dixie stores.

Tests of AA and AAA using iMAX B6

IMAX B6 was used for the tests.

Each battery was discharged by a current of 0.2A until it could produce such a current.

To confirm the results, I tested two copies of some batteries.

My experiments took almost two months, because for testing each battery took about ten hours. 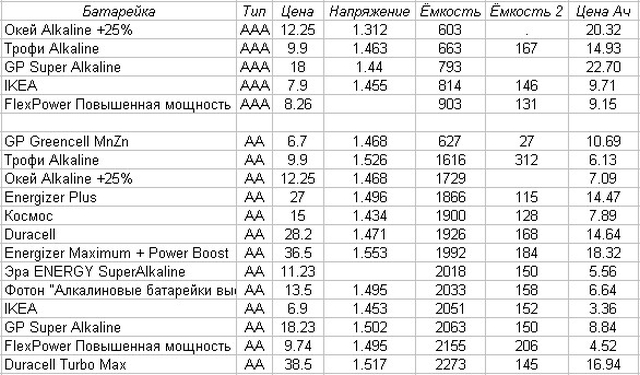 The voltage was measured on the battery two minutes after the start of the test.

After the battery was "dead," it was left for a while (usually half an hour) and the test was performed again, while still giving some more energy - "Capacity 2".

The cost of one ampere-hour is indicated in the last column.

More clearly the results look on the diagram. 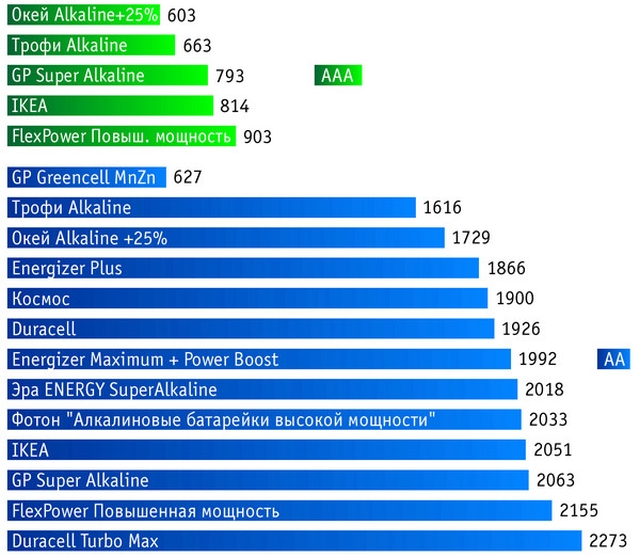 A plate sorted by the cost of an ampere-hour shows which batteries are the most profitable. 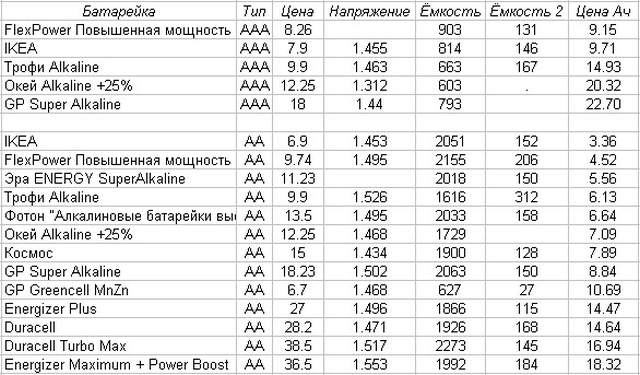 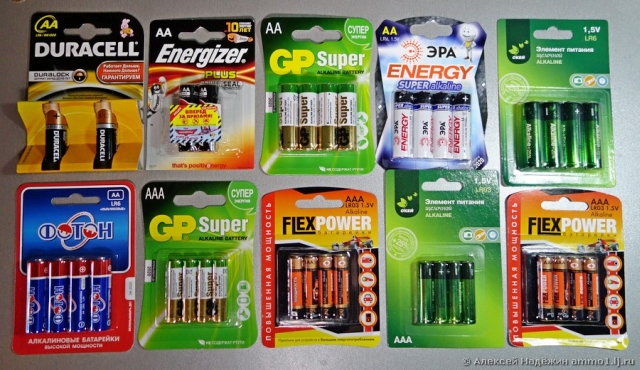 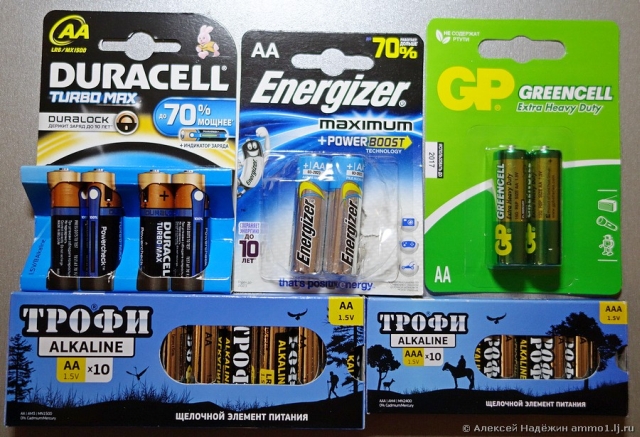 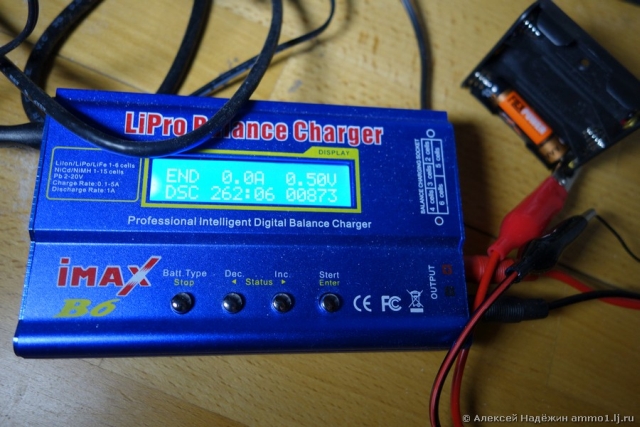