The Phillips screwdriver is a difficult story of her invention 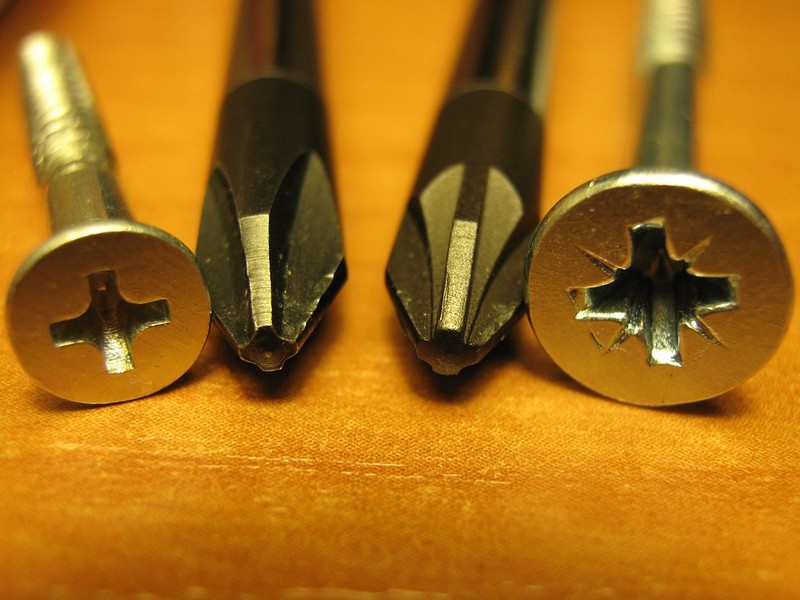 Screwdriver is a hand-held metalwork tool intended for screwing and unscrewing fasteners with thread, most often screws and screws, on the head of which there is a slot (groove). Usually is a metal rod with a tip and handle (plastic or wooden).

The Phillips screwdriver is an indispensable attribute of any tool kit of your father or any workshop. But the history of its invention in the 1930s was accepted by the community far from immediately.

The first appearance of classic screws for screwdrivers with a "flat" stinger dates back to the 16th century, almost unchanged, they existed until the beginning of the XX century. By this time screws with a slot had already caused many complaints, but were out of competition because of their cheapness. Disadvantages of the "classic" screws were especially evident in mass assembly, in particular, in the automotive industry. Firstly, the stinger was not centered, because of this mechanical screwdrivers often slipped, leaving scratches on the lacquered body parts. Secondly, when screwing, the screws and screws are often "tugged", folding the head or damaging the fasteners. It was these limitations that the American inventor John Thompson intended to overcome, in 1933 he patented a screwdriver with a cruciform sting and a screw with a corresponding head. However, an attempt to sell the invention to metalware manufacturers was unsuccessful. In 1934, Thompson met with engineer Henry Phillips and explained to him the essence of his invention. Phillips liked the idea, he bought out the rights to Thompson's patent and organized the company Phillips Screw Company (it exists until now). In 1936, he perfected the technology and developed a way of mass production of screws. Cross screws automatically centered the screwdriver, and also did not allow "tug-of-war" - the tool's sting simply slipped.

However, Phillips everywhere waited failures. Finally, he managed to interest Eugene Clark, president of the American Screw Company, the largest manufacturer of hardware in the United States. Although the company's engineers objected, Clarke was so captured by the idea that he threatened to "fire everyone who said that it was impossible to implement." The threat had an effect, and the company, having invested half a million dollars in the organization of production, began the production of screws under the "cross". In 1937, GM first used these screws in the production of Cadillac models. The results were so brilliant that by 1940 all American automakers had switched to the use of cross screws, and hardware manufacturers had been lining up to buy licenses for dozens. During the Second World War, the use of these screws went and the manufacturers of military equipment - tanks and aircraft.

Since then, many different screws have been invented - both for polyhedra and for sprockets of various shapes. But despite this, cross screws and screws (in English-speaking sources they are called by the name of the inventor - Phillips) still remain the standard, and the Phillips screwdriver is the basis of any set of tools.

The simplest screwdriver is usually a rod with a tip, which when inserted into the slot, the other end of the rod is equipped with a wooden, plastic or rubber handle. The material of the handle and its shape are chosen on the basis of considerations of increasing adhesion to the hand.

The diameter of the handle is usually between 10 and 40 mm. Since the relationship between the diameter of the handle and the torque transmitted to the workpiece is straight, the larger the diameter, the larger the size of the parts, the screwdriver is designed for screwdriving. Therefore, screwdrivers designed for small parts are supplied with thin handles to avoid splitting the slot or thread or rupturing the part. Some screwdrivers have a hole in the handle that allows you to strengthen the torque by using the lever that is threaded into this hole, or used to secure the safety cord.

The tip of the screwdriver wears out due to the action of considerable mechanical stresses during operation. To increase the service life of the tip, it is made of special wear-resistant and strong alloys, for example, from chromium-vanadium-molybdenum steels. 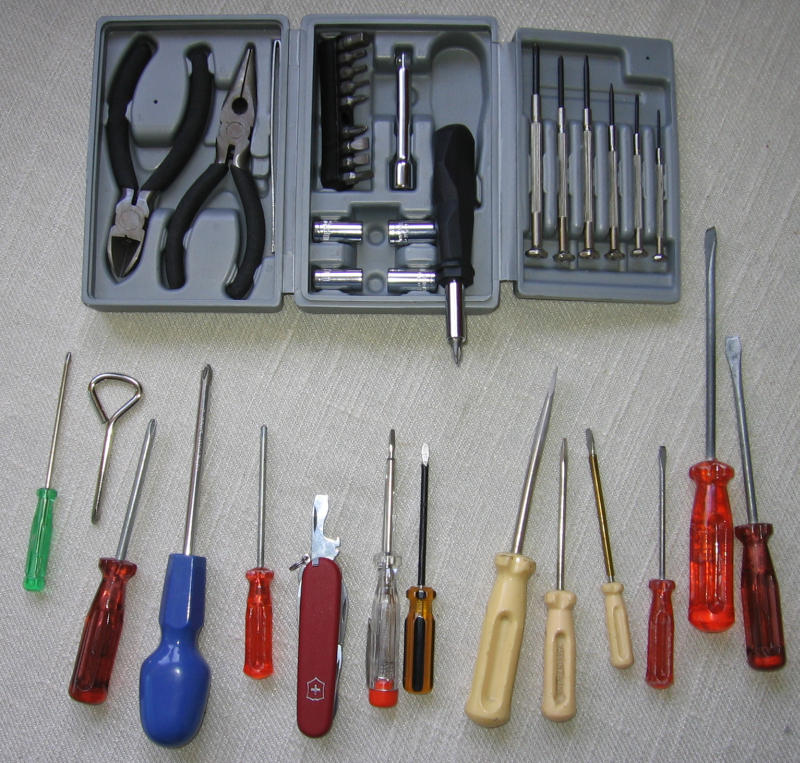 Depending on the type of slot on the head of the part, screwdrivers with different types of tips are used.

Special - If special requirements are imposed on the screw, such as beauty, anti-twisting or a huge tightening force in a compact head, special splines are used.