Electricity and gas ... Lock picks with your own hands ...

Lock picks with your own hands 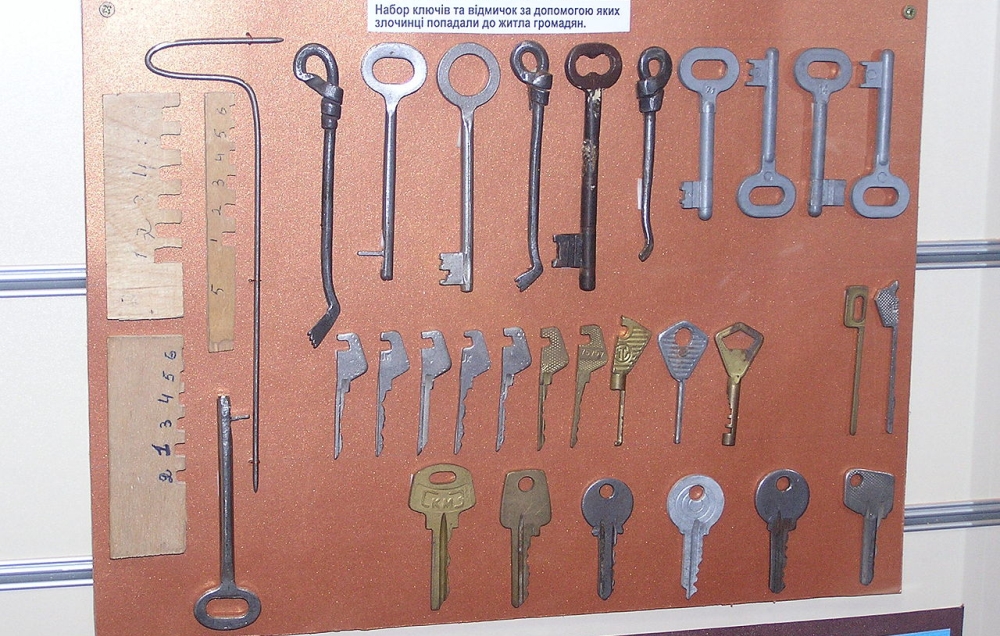 Lock pick is a specialized tool used to open locks without using a key or breaking a lock.

The manufacturer of the first "professional" master key was the American inventor Alfred Hobbs, who received several patents on his master keys and in 1851 founded Hobbs Hart & Co.. Ltd, which traded skeleton keys.

Lock picks can be used to break into castles by criminals. According to the "Criminalistic Encyclopedia" by RS Belkin, the master keys can be classified according to the types of locks for which they are designed (cylinder, spring, spring); The principle of action of each type of master key is somewhat different. As a lock of locks, you can also use uistiti (a term from thieves' jargon, derived from the English name of the toy - a kind of small South American monkeys), which is an artisan tool similar to tongs, and designed to capture the tip left in the locked key from inside the door. SI Potashnik in the Forensic Study of Locks identifies uisti in a separate type of device for unlocking locks, different from the master key.

However, master keys can also be used, for example, by locksmiths in the event of a lock or key failure or key loss. In addition, sometimes opening your own locks with the help of skeleton keys can be a hobby or even a likeness of sport, with the presence of "interest groups".

The attitude to the pickpockets and their use in different historical and modern states is different, but mostly negative. For example, in the Brazilian Empire, it was illegal to store or sell any items that could be regarded as intended for hacking. In some states - for example, in the UK, and Japan - even the storage of skeleton keys is actually forbidden.

How and what to do master keys

What do we need for this 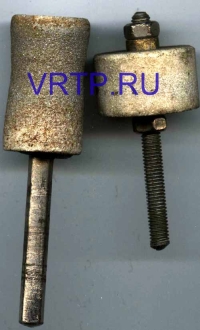 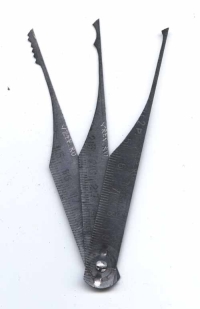 To begin with, we need to choose which master key we want to make (their huge choice). We will make one of the three most simple and most common. We disassemble the meter for this, it is necessary to sew on the sides of the rivet only they are not thrown away, they are still useful (see Photo3).

The next step is to process the link of the meter and process it according to the dimensions given in Photo 4. Processing is carried out with the help of a rock attachment (see photo 1) the main thing is not to overheat the link of the meter. Too long the work part is not worth doing, because it can break down, but we just need to get the master key to the last soldier (see Photo 5).

After we have made the master keys we need to polish them to make sure they do not cling to anything, so that someone does not speak, and polished skeleton keys are easier to work with (opening locks with skeleton keys is a very fine science).

Now the ready master keys are fastened three times all with the same rivets, but it is possible not to fasten it as you like (see Photo6).

The next that we will do is the pusher, it is needed to give the pivoting force to the lock.

We take a hexagon 3 or a suitable rod of good metal and make a "poker" (see Photo 7).

You can also make a pusher from the key (see Photos 8) we just delete the working part, leaving only the top part of the key.

Let's consider other types of locks, master keys to them and ways of opening without master keys.

The first one we will consider is the Finnish lock so-called disk with semicircular keys .

It usually opens in two ways:

Well, here everything is just to open padlocks there is no sense if it can be circumvented . We take the adjustable wrench of long edak centimeters 40 the longer the easier it is for them to work. We clamp one of the door douches and bend it.

Bambing, this method was invented back in 1950, it was based on a simple method. We all played billiards, if we hit ball 1, then we give it a blow pulse. Ball 1 hitting 2 ball stops, and 2 starts moving. As we know, cylinder locks have two soldiers in each cell. If we hit the top soldiers, they will stay in place and the lower ones will go down to the bottom for a few nano seconds. If we at this moment start to turn that lock will open it is easy as it will seem from the first time. By this method, and invented pistols springs that hit the soldiers. But most recently came up with a brilliant thing BUMP-key, see Photo11.

Now I will explain the meaning of the alteration. We need to open the lock, no matter how good a company we get the key from the same lock, we turn the grooves to the maximum length of the secret, now we press the spout and the stop of the key, this is done so that the key after we insert it leaves a gap between the key and cylinder 0, 5-1,0mm. Now if we hit the butt of the key, it will go 0.5-1.0 mm into the cylinder causing the soldiers to sink down. Advanced energy for the lower soldiers and at this moment we turn the key. This way you can open even the Mul-T-Lock and absolutely any cylindrical locks with vertical and horizontal cutting of secrets.

Good luck in your endeavors and do not break the law! 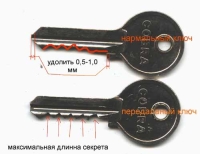 The majority of warded locks come in the form of padlocks. The tools needed for such a lock. These being skeleton keys. This type of lock is the only type of which is available for. At this point it should be noted that a skeleton key is in order to dispel any myths about them.
A skeleton key is simply a key that only consists of enough metal to open the lock. With the warded lock, with the lock of the lock. This is where the key is. The diagram below is the function of the skeleton key.

As can be seen, part of the key has been filed away from the key.

These skeleton keys can be bought quite cheaply, however, they can be made with little difficulty. A skeleton key that would be obstructed by the ward. The diagram below shows how to locks of the other.

The following illustration depicts other skeleton keys which can be manufactured.

The tools required to open these two types of locks.

Unfortunately, contrary to popular belief, there are no skeleton keys.

These are for the use of 'pure picking' as will be explained in the techniques section.

All that is needed here is to understand that they come in a variety of sizes.

Rakes come in a variety of shapes and sizes. The diagram below shows some fo the major ones.

A vital requirement in the picking of these types of locks.

This tool can be easily made by grinding a hacksaw blade to a tapered point similar to that shown below.

The size of this will be determined by the lever lock to be picked.

This tool, although it has the same name as that used for pin and wafer locks, is very different in construction. Both by way of shape and strength. The reason for this will be discussed in the techniques section.

Pick-up tumbler locks but instead must be extremely thin.

The probe which was made of a feeler guage. In particular a number 12

Although picks are relatively cheap to purchase, they can be quite difficult to obtain.

Oneself with little hardwork and patience.

In order to make a pick up, it is a vital requirement that you have a grinder, as files will not be shaped the metal required to make a strong and long lasting pick.

This brings us to an important issue, ie, what metal should be used and where can it be obtained? Well, good for a pick. It must be strong and it must be thin, (to get past any fancy key hole which stands between you and the mechanism).

Such metal can be found in the form of hacksaw blades. These can be noticed in the shape of picks. This metal is extremely useful and can be used to construct the hook picks, rakes, bypass pick and lever lock lifter pick.

Feeler guage sets, as available from hardware or automobile shops, also provide metal which can be used. (Some of them are only useful for shims) they can be used for picks or probes, especially on their strength and thickness.

The metal used for turning tools both for pintumbler / wafer and lever will vary. For a turning tool used to open a pin tumbler or wafer lock any springy metal which can not be bent to the shape of a pattern above,

The lever lock turning tool must be constructed from a much more rigid and stronger metal. It should be such that once in the required shape will not be bend as it must be able to exert a strong turning force.

The practical application of some of the materials posted on this site may be illegal. All information of this kind is intended solely for informational purposes; Authors and distributors are not responsible for its illegal use.
Materials are taken from books, magazines, other sources, bought in e-shops, received by exchange. Provided are "AS IS" ("AS IS"); Check the performance of each is not possible. The site www.shram.kiev.ua works, rather, as a paid search system for interesting materials.
There are no materials on sale that contain warnings about the prohibition of its distribution (paid or free of charge). If you notice a copyright infringement (the sale of the material, for free distribution and sale of which its author did not give permission) - report, the material will be removed.