How to certify a phone in Ukraine (IMEI registration of phones)

IMEI (International Mobile Equipment Identifier) ​​- a number consisting of 15 digits , is a unique number of each GSM mobile phone. It is installed in the factory during manufacture and serves for accurate and complete identification of the device in the GSM network.

Today came from SMS operator that IMEI of our not-so-cheap phones are included in the "gray" database !

Your equipment will not be serviced since March 2010!

On July 1, 2009, sales of mobile phones whose IMEI codes (IMEI - International Mobile Equipment Identity) were banned in Ukraine were not included in the general database. Now the seller is obliged to check the availability of the IMEYI code in the so-called "white list" by means of the Internet or SMS message before selling the mobile phone.

As you know, all purchased phones abroad of Ukraine, whether it be China, Russia or any other country, currently require certification in Ukraine, because soon these phones will be disconnected.

According to the document, IMEI codes of all devices will be included in the unified database maintained by the UGCR, and access to it is controlled by state bodies (NCCR, MIA, etc.) and telecom operators. Until June 30, retailers had the right to sell terminals without registering their IMEI codes, however after this date it is prohibited to sell phones without registering their code. In addition, companies that supply mobile phones to Ukraine will also be required to register them with the UGCR before selling it at retail. Thus, IMEI of all new phones will be automatically included in the general database of the UGCR. Operators of communication are also obliged to transmit IMEI codes of all their subscribers to the common base by October. By this time, the system will be formed so-called "black list", which will include the codes of lost or stolen phones. Phones that are not included in the common database or announced for search will not be served by any operator.

In addition, in April the decision of the National Commission for Communications Regulation (NCCR) entered into force, banning the import into Ukraine without permission of more than two mobile phones, and for the rest to obtain permission to the UGCR. How to import a mobile phone identified UGCR. All imported phones must be registered with the UGCC, by submitting the application with the IMEI code personally or by sending it by registered mail.

Mass outages can not be afraid

All mobile phones connected to the network before September 1, 2009 inclusive, regardless of the connection period, will be serviced without restrictions.

Owners of these mobile phones do not need to register previously purchased phones or check their legality. They will without any restrictions be serviced by mobile operators in the future.

After September 1, operators when connecting new subscribers' phones will automatically check their IMEI with a common base. If the subscriber connects a new phone whose IMEI does not appear in the common database, he receives an SMS message stating that this unit can be serviced only for three months. During this period, the subscriber can independently submit an application to the UGCC branch (in the SMS, the addresses of the branches are indicated) with the request to register his telephone number. But, since IMEI is the serial number of a telephone, it does not matter which SIM card the operator uses.

Smuggling and theft to the past 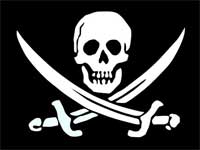 According to the representatives of the UGCR, the innovation is designed to stop the "gray imports" of mobile phones to Ukraine, the losses from which, according to the UGCR, are 1-1.5 billion UAH per year only due to non-payment of VAT when importing mobile phones to Ukraine. So, in 2007, about 720 thousand mobile phones imported to Ukraine were certified. Meanwhile, according to analysts, the country sold about 8.5 million units. That is, only 8.5% of phones were legally imported (and sold). In 2008, the situation improved somewhat, but not radically. According to statistics of UGCR, 1.3 million phones were certified in the country, and 7.9-8.5 million units were sold on the market. The budget losses are estimated at UAH 1.5 billion.

Another advantage of maintaining a common IMEI database is the ability to block stolen devices. After the theft, the police, knowing the IMEI of the device, will be able to put it on the "black list", the devices from which will not be serviced by any operator. In this way the state hopes to make the theft of mobile phones in Ukraine senseless.

Operators vs. sellers for

According to mobile operators, the innovation, in spite of the apparent benefits, has a number of negative sides. For example, the fact that all costs associated with the regulation of the importation of mobile, fall on the shoulders of mobile companies that are not directly related to this market, and in the future can be shifted to the shoulders of subscribers. In addition, they believe that at first this initiative can lead to a large number of complaints from consumers, because a mobile phone can be purchased without the relevant documents, for which the consumer is not responsible.

Representatives of trading networks believe that smuggling of phones is still unlikely to be stopped in this way, but the above procedure has an undeniable advantage: the responsibility for the illegal importation of phones will be borne by the producer and importer, and not retailers.

As of September 1, 2009, Ukrchastotnadzor recorded all IMEI telephones, which at least once were included in Ukraine and they automatically got on the "white list". There are also "gray" and "black" lists.

The "gray list" is the phones that were imported to the territory of Ukraine after September 1, 2009, even if they were bought by certified in the country where they were bought, in Ukraine they will have to be re-certified. Non-certified phones will be disconnected immediately, as soon as it is technically possible, Ukrainian telecom operators are already preparing for this.

"Black list" - these are phones that have been lost, stolen or with "fixed" IMEI.

So, at the moment, all phones that were received in international parcels from relatives or bought in Internet shops with delivery from abroad, as well as personally brought phones from abroad can be certified for FREE. You will spend only on postage stamps to send an envelope with the application and documents to Ukrchastotnadzor.

VARIANTS of the origin of the mobile phone

1. When importing a phone from abroad, the application shall be accompanied by:

2. When importing a phone from abroad from CIS countries (for example, from Russia), the application is accompanied by:

3. When receiving a phone (not more than two) in an international postal parcel (parcel), or in international express parcels (parcel post), the application shall be accompanied by:

4. When buying a phone (no more than two) in an electronic store (which is located outside Ukraine), the application is attached: