For the Student, the Schoolchildren ... The reasons for waking up in ...

The reasons for waking up at 6 am 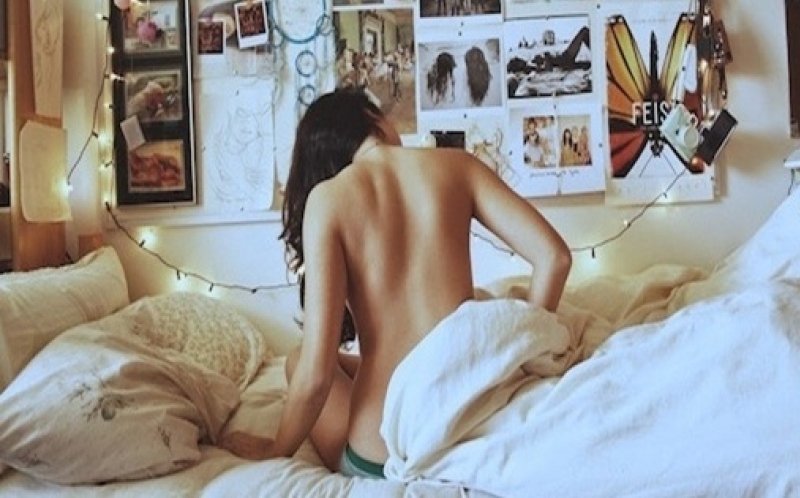 Chronotype of a person is a typical for a given person character of daily activity. There are two main chronotypes: "owls" and "larks", also sometimes distinguish the third chronotype - "pigeons".

People often associate an early awakening and a life success. Blogger Egosa Eichy in the past two years wakes up at 6:00 in the morning. He believes that this habit has changed his life. Here are the reasons that, according to the author, motivate to get up earlier. Editors in Shram.kiev.ua sincerely believe that they will soon become larks.

The doctrine of chronotypes arose long ago. The very term "chronotype" was introduced by Ukhtomsky in his studies on physiology. In the modern form, the theory of chronotypes developed in the 1970s, when it was experimentally confirmed that the chronotypes really exist and manifest independently of the person's desire.

The essence of the theory of chronotypes is that a person can have a certain stereotype of alternation of activity and passivity during the day, and according to this stereotype, most people can be attributed to one of several "chronotypes." Researchers distinguish two basic, in a certain sense, opposite chronotype: "larks" and "owls". Some also believe that there is an intermediate chronotype of "pigeon". The main characteristics of chronotypes are the following:

Independently wake up late, no earlier than 2-3 hours before noon, peaks of activity occur at night and night, go to bed late, often after midnight.

Intermediate type, independent awakening in the morning, somewhat later "larks", activity during the day is constant, without noticeable peaks and falls, go to bed for an hour and a half to midnight.

Among the urban population of industrially developed countries, about 40-45% are "owls", about 25% are "larks", the remaining 30-35% account for "pigeons". However, according to other studies, among the 45% and 25% of "owls" and "larks" of pure chronotypes, only a few percent (with more women than men), and the rest are mixed types, transitional between "owls" "And" pigeons "or between" larks "and" pigeons. "

Chronotypes of people are examined using tests. The most famous for today is the Horn-Ostberg test, it allows you to determine the time of sleep and wakefulness, psychologically (it is psychologically) convenient for a person. People are asked to answer at what time they would rather go to bed and get up, do mental and physical work, whether it's easy for them to do without an alarm clock, how they feel in the mornings and evenings, etc. The drawback of the test is that with its help It is possible to assess the phases of the rhythm of sleep-wake only qualitatively. According to the results obtained with the help of the Horn-Ostberg test, approximately 20% of people belong to "larks" and "owls", the remaining 60% are "pigeons".

1. You will have time to understand yourself

Many people do not achieve their goals simply because they lack focus. If you start the day not to figure out what you should focus on first, then hardly remember your big goals during the day.

As you know, it is in the morning that your brain works most effectively. Use this time to take your life under the control of reason, not emotion.

2. You will have time to plan your day

Larks have the opportunity to plan their day ahead of time, before going to work. The earlier your plan is drawn up for the day, the more efficient and productive you will spend your time.

Planning tomorrow evening is counterproductive. It's silly to make plans when your brain is stale and wants only one thing - rest.

3. Morning - a great time to work on yourself

Who said that you should rush into the office immediately after awakening? At the same time, many of us complain that they are constantly short of time for family, entertainment or gym.

If you start to wake up at 6 am, you will have a few more hours before the start of the work day to get to the gym. When you exercise in the morning, your body is saturated with endorphins. These are hormones that are released during active physical activity and give us a sense of joy and euphoria. The endorphins charge received in the morning may well suffice for you to be energetic and vigorous all day long.

4. You will start eating breakfast

You have heard all your life that breakfast is the most important meal of the day. If you wake up a couple of hours before the start of the working day, you definitely can not miss it.

A study of the Hopkins-Bloomberg School of Public Health has shown that the habit of fully eating breakfast is extremely important for your health. Just like your car needs gasoline to ride, your body needs food to function properly. Especially in the mornings.

5. So do many successful people!

New York Magazine in his article about Jack Dorsey, the founder of Twitter, told readers that he starts his day at 5:30 in the morning. Dorsey uses time before the start of the working day for meditation and a 10-kilometer run.

Tim Cook, Apple's CEO, begins responding to emails from partners every morning at 4:30.

Richard Branson, the founder of the Virgin Group, is also a big supporter of waking up early. In one of his interviews with Business Insider, he admitted that he wakes up at 5:45 and immediately starts to work. First he sits at the computer for a while, and only then he has breakfast.

And what time do you start your day? Tell us in the comments!