Rise of cars and a black hole. 7 real world scenarios 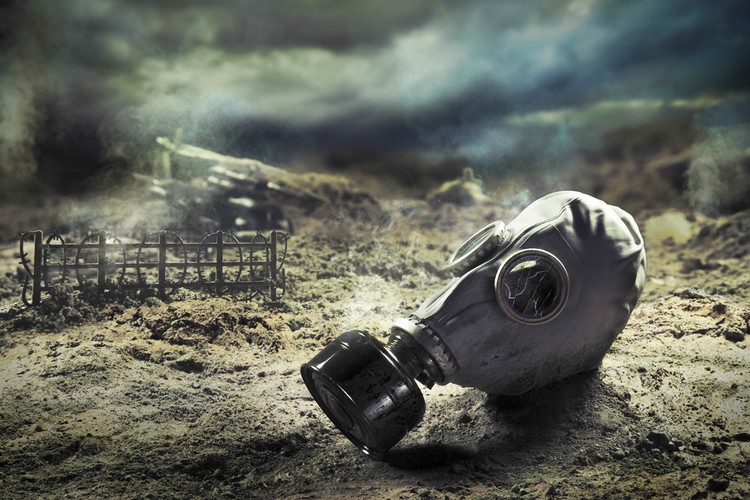 Over millions of years, people have somehow reconciled themselves to the fact of their mortality. But, you see, we are not at all ready to recognize and, most importantly, to understand that someday everything will end all around us, that life itself will disappear. And although the idea of ​​the Apocalypse since ancient times occupies the theologians and philosophers, we continue to think that all this is "for fun".

And what do scientists think? It turns out that they already have quite specific end-of-the-world scenarios.

In one "beautiful day" there will come the so-called Singularity - when the combined power of all existing systems of Artificial Intelligence will begin to acquire and increase new possibilities with unbelievable speed. By that time, the machines may be in control of all vital systems, including food and water supply, energy, sewerage and world finance. That is, if desired, the machines will capture us without a fight.

Probability: unknown. Every year and a half the power of computers doubles. And although skeptics point out that even the smartest cars are "no smarter than cockroaches", some scientists are waiting for their rapid progress in a few decades.

Result: Humanity can start resistance (maybe even a war between people and cars in the style of "Terminator"). In this case, computers are unlikely to destroy the planet itself, since they themselves exist on it.

The solar system is plowed by a variety of objects, from giant "cobblestones" to asteroids hundreds of kilometers in diameter. Periodically, they encounter our planet. 65 million years ago, one such object, perhaps a comet, crashed into what is now known as the Mexican coast, and caused a global winter that destroyed the dinosaurs. And in 1908, the Tunguska meteorite destroyed a huge area of ​​the Siberian taiga.

Probability: neither now, nor tomorrow, but sometime in the distant future it can happen again.

Outcome: The blow, so powerful that it destroyed, at least in part, life on Earth, there was at least 3 billion years. But an object that once killed dinosaurs could at once put an end to human civilization. Maybe people will die out the same.

Ebola has not become (and will not be) a global epidemic, because it is difficult to transmit and too quickly kills its victims. However, if it were artificially altered so that it was transmitted through the air or slower manifested in symptoms, allowing the infected to travel through the world, it would kill millions of people.

Probability: may be the most frightening threat for the near future, if suddenly the terrorists will have the necessary knowledge and equipment.

Despite restrictive treaties, there are more than 15,000 nuclear warheads and bombs in the world - in theory, that's enough to kill every person on Earth, not once. Even a local nuclear war will cause large-scale destruction. For example, if India and Pakistan exchanged a hundred explosions equal to Hiroshima, then only dust raised into the air would cause a global temperature drop of 1.2 degrees Celsius.

Probability: high. Nine states possess nuclear weapons, several more are striving to possess them, and these are countries that are far from democratic principles.

Bottom line: The nuclear war, say, between Russia and NATO, is unlikely to wipe out humanity from the face of the earth, but will destroy billions of people and for a century will undermine the global economy. As you have already understood, a local nuclear conflict will have disastrous consequences far beyond its limits.

5. Accident on the particle accelerator

Even before the launch of the Large Hadron Collider, the German scientist Otto Rössler stated that in theory a collision of atoms in an accelerator could by mistake create a black hole that would swallow up the Earth. But this is absurd: energy in collisions in the LHC is much less than in natural collisions under the influence of cosmic rays. Although it is possible that one day a more powerful version of the LHC can create something that will destroy the planet or even the universe.

Many scientists have noticed that the fundamental physical forces and laws of nature seem to be specially tuned so that life can exist on the planet. Recently a philosopher from Oxford Nick Bostrom suggested that the universe can be one of countless simulations in some kind of computer that is not ours.

Probability: If we make some assumptions, then the chance that our universe is created artificially grows to 50% or more. And the fact that no sign of the existence of extraterrestrial life has been found so far can serve as an indirect proof that our universe is not what it seems.

Outcome: catastaric if "God" bores us to play. And most importantly, we can not do anything about it.

Not the end of the world in the literal sense, but something very close to it. To cope with a drastic change, humanity will need all available resources. And the worst moment can come precisely when the human population reaches a new peak - 9 billion by the middle of the 21st century. Millions (mostly poor people) will be deprived of shelter due to sea level rise (up to a meter or more by 2100), and agriculture will be ruined.

Probability: for today we almost certainly know that the level of carbon dioxide in the atmosphere will continue to grow seriously, and the climate will react accordingly: in the future the planet will be 3-4 degrees warmer than now.

The bottom line: in some regions it is simply catastrophic, others will suffer less, for example, Northern Europe, where the warming will not be so dramatic because of the influence of the Atlantic. The good news is that unlike many other scenarios, we are still able to prevent this.