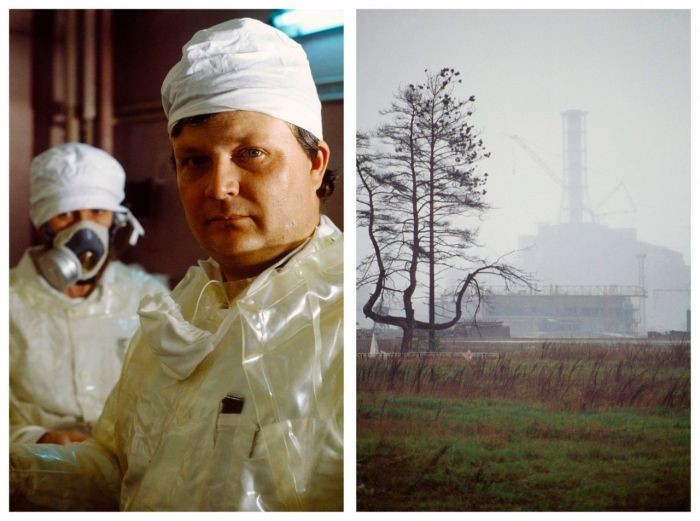 Rare photographs, which were made by Victoria Ivleva in 1990. For these photos, Victoria received the main prize of the photo contest World Press Photo in the category "Science and Technology". The pictures were made famous abroad, but in our country they were practically not published. 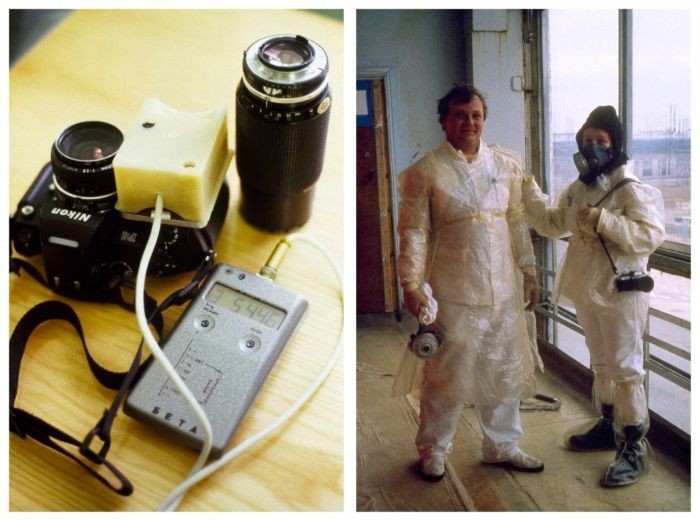 Left: My "faded" Nikon. We rubbed it for a long time. As a "rubbing" it was necessary to use pure medical alcohol, nothing else helped.

Right: Igor Mikhailov and Victoria Ivlev after the trip to the Central Reactor Hall of the fourth reactor.

Turbine in the engine room 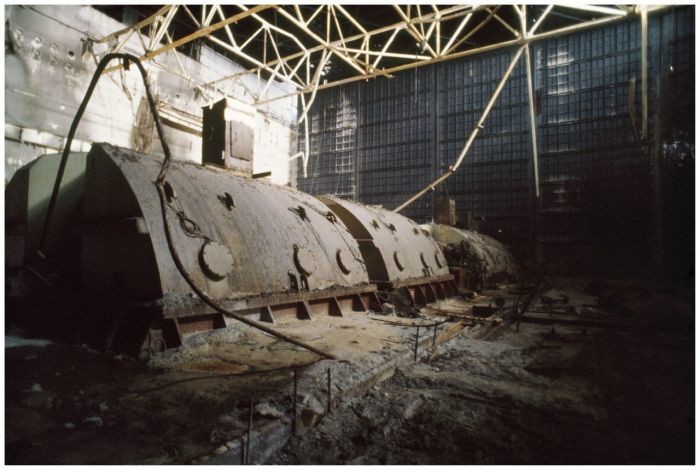 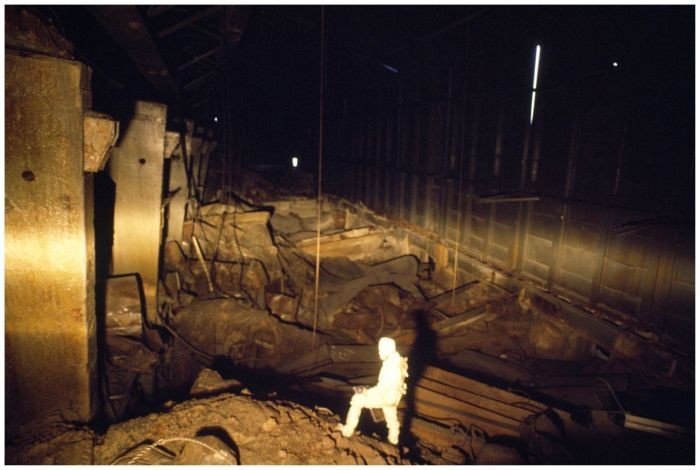 Many people think that Yura is shining with radiation - that's not true. Just on it over a white suit is also a special plastic. The feeling of the glow comes from the very strong light of the spotlights, which the guys set themselves to not work in complete darkness.

Pipelines in the engine room 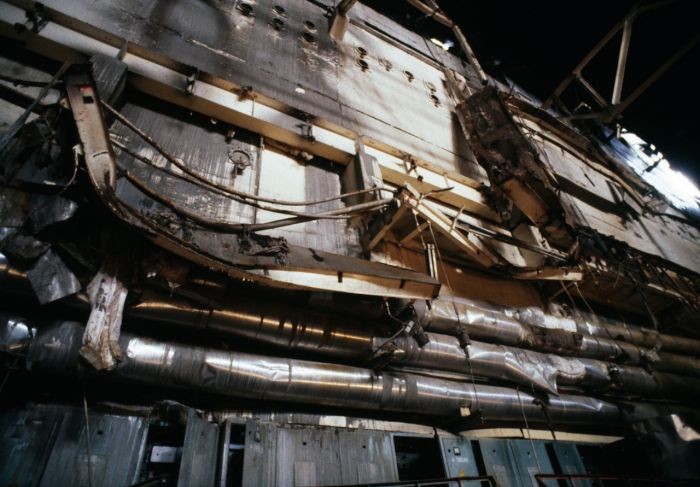 Engine room of the 4th block. Light rays were obtained from holes in a sarcophagus 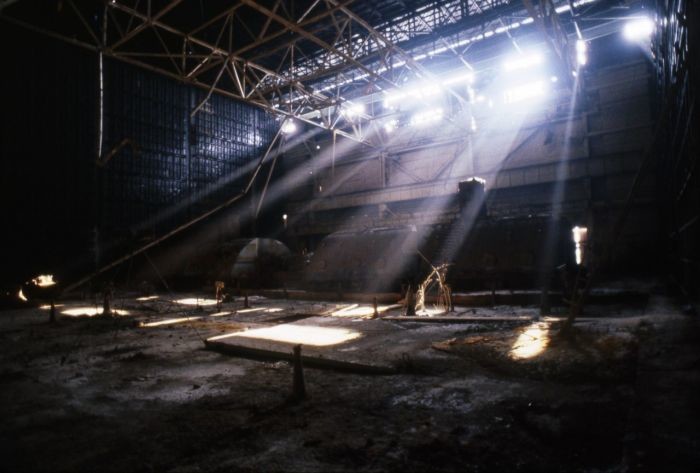 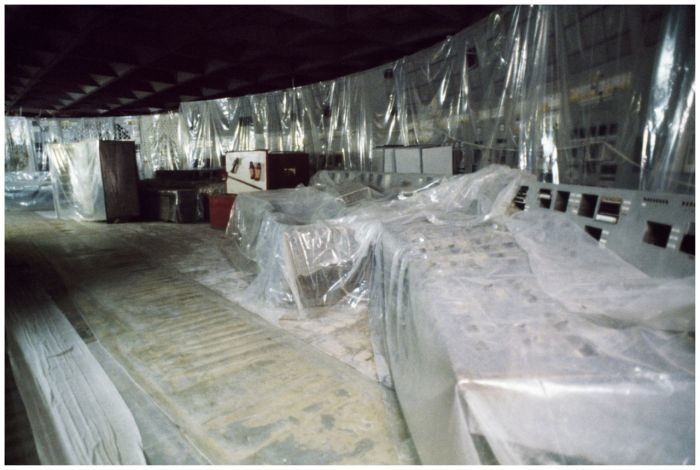 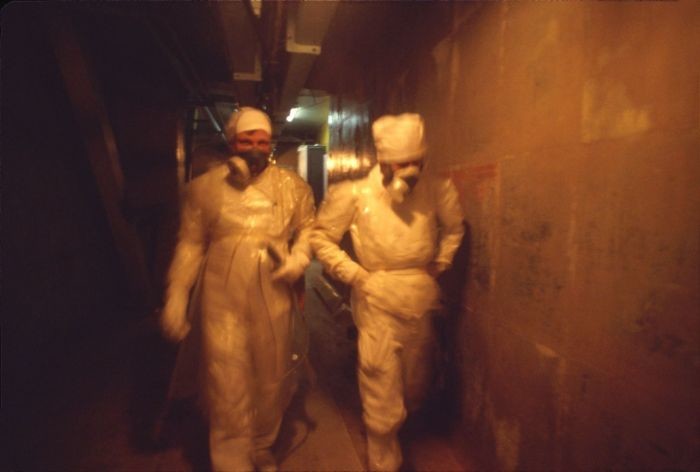 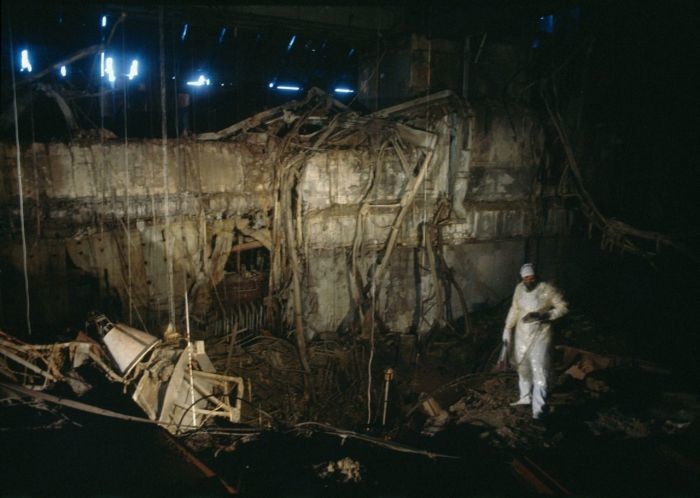 The "twig" walking at Mikhailov's feet from left to right is part of the "Helena" that got up on the priest, as everyone called the reactor cover

White foam "RADEZ" - a radiation deactivator, which had to be washed to all station personnel 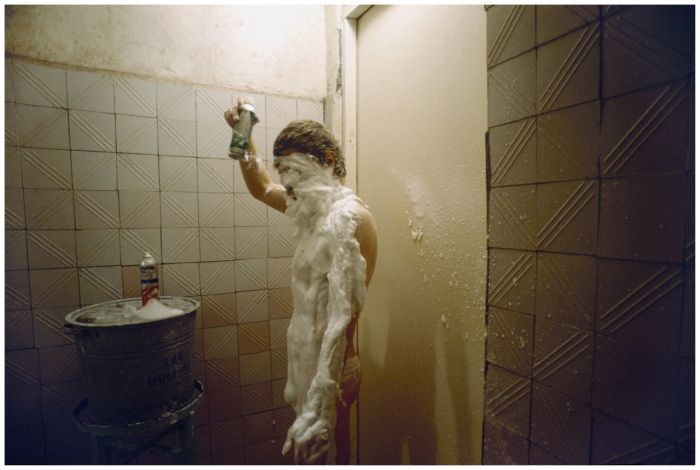 All the employees of the station, and especially the 4th unit, were required to undergo a special radiation test when they left work 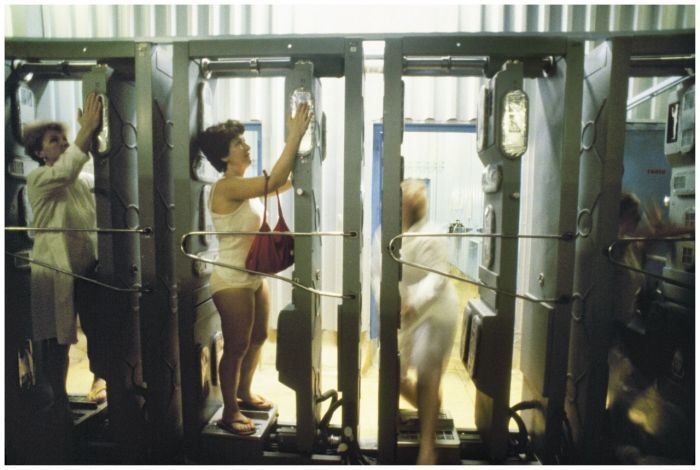 If the employee was not "clean" enough, a red light was on, and the turnstile did not work. Then it was necessary to come back and wash again in the shower, applying "RADEZ".

Still-life from Soviet times, shot in the vicinity of the station 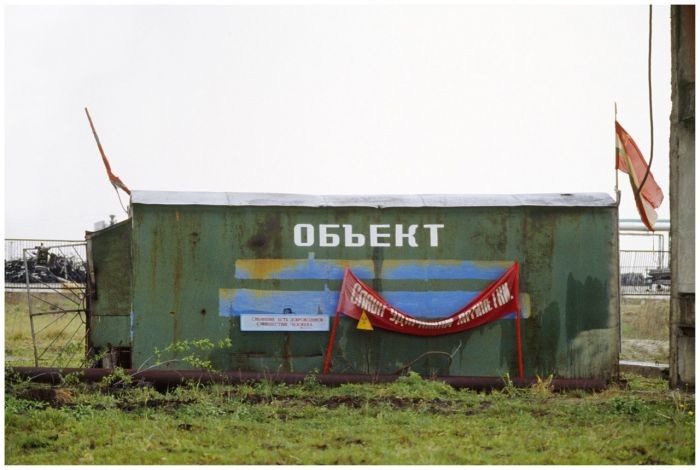 Measurement of the radiation level in the town of Chernobyl, where the employees of the Kurchatov Institute Complex Expedition lived after the accident 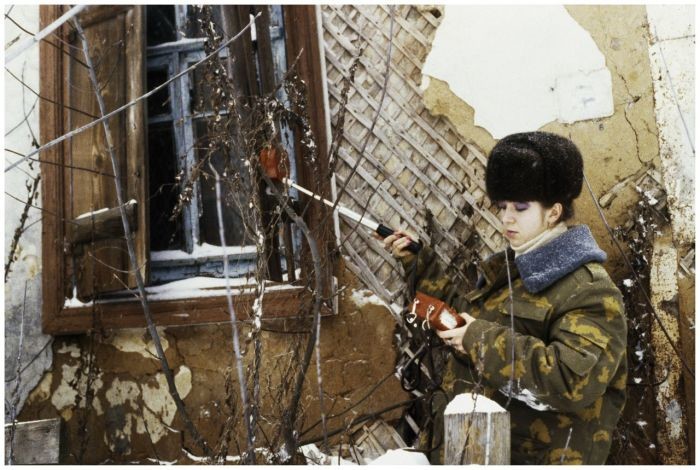 An abandoned pond with a view of the Ferris wheel, which will never work 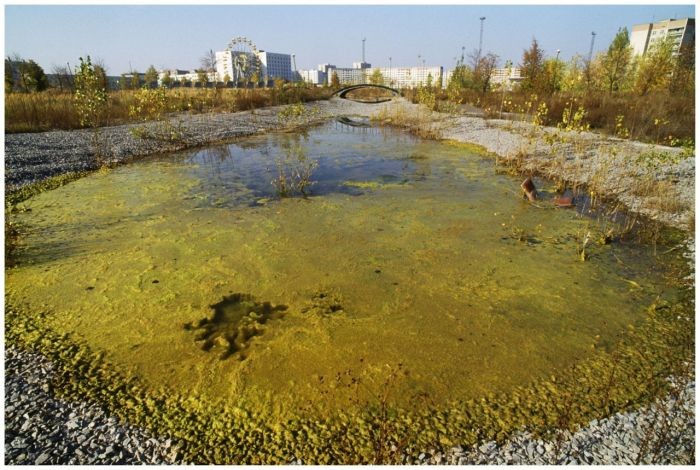 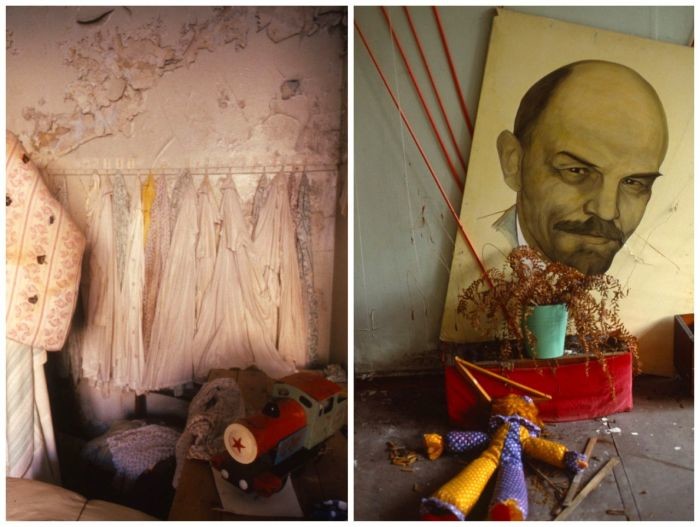 Left: Kindergarten in the city of Pripyat, from which all residents were evacuated.

Right: Lenin, who now lives forever in an abandoned kindergarten in the city of Pripyat.

Bedroom in a kindergarten in Pripyat 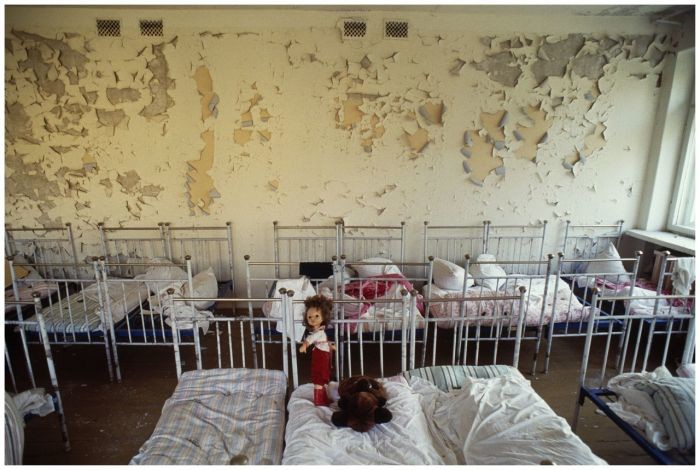