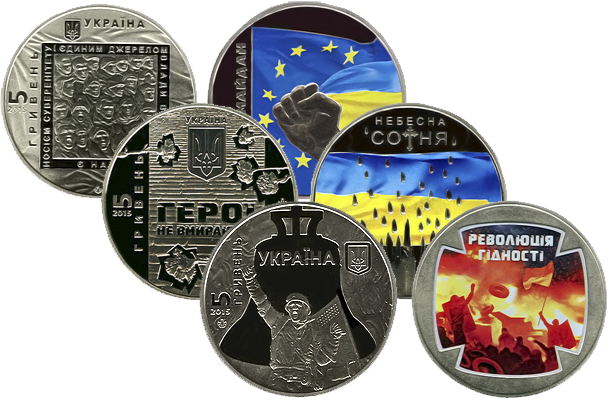 Coin "Revolution dignity", according to the dedicated civilian courage and patriotism, who found the citizens of Ukraine of all nationalities, seeking to develop and strengthen democratic state, the constitutional foundations of democracy, human rights and freedoms.

Coin "euromaidan" released in memory of the protest rallies that took place in Ukraine during November 2013 - February 2014.

Coin "Heavenly Hundred" is dedicated to the memory of heroes who died during the protests Maidan times.