Clothing in Islam - the requirements for Muslim clothing, shown in Islamic states, mosques or simply in public places. Islam instructs Muslims to wear any clothing that fulfills the role assigned to it, without going beyond what is permissible and without excess.

In the Federal Republic of Germany, disputes over the partial ban on Muslim clothing covering the face continue. But it's not just about the burqa. What distinguishes different types of women's clothing Muslim women - in the gallery DW . 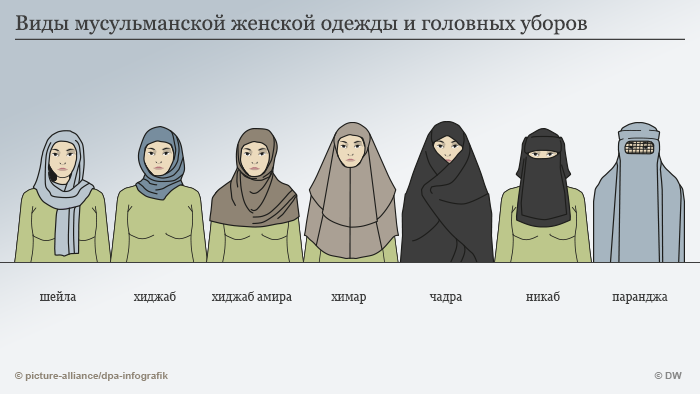 Differences in some elements of traditional Muslim women's clothing sometimes seem insignificant. Not surprisingly, many often confuse the niqab with a veil or chador. In addition, women often wear different pieces of clothing in combination, which only exacerbates the confusion. What distinguishes the traditional headdresses and clothing elements of Muslim women - in the gallery DW. 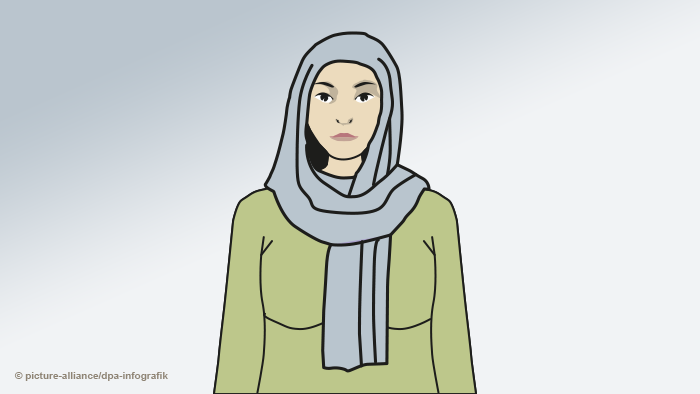 A long rectangular scarf that is loosely wrapped around the head and placed on the shoulders. Sheila come in different colors. This version of the headdress is most common in the countries of the Persian Gulf. 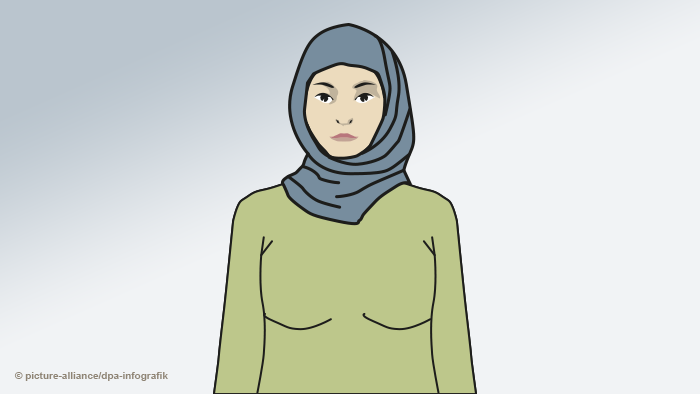 In a broader sense, hijab is any clothing that conforms to the norms of the Sharia. However, in Western countries, the traditional hijab is called the hijab, which completely conceals the hair, ears and neck and in most cases slightly covers the shoulders. The face remains open. 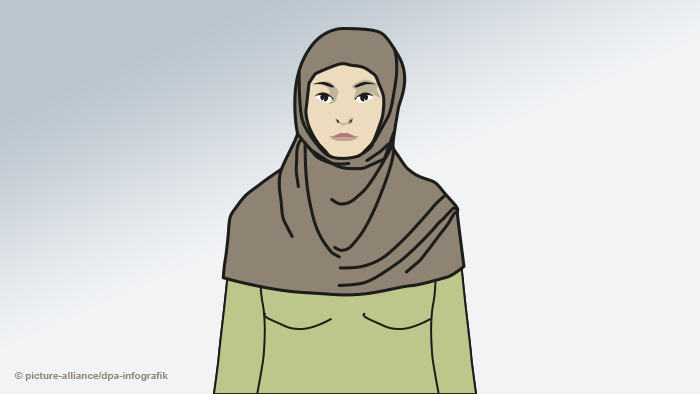 This headpiece consists of two parts. One of them tightly encircles the head like a cap, the other is a scarf that often has the shape of a sleeve and is worn on top, covering the shoulders. The very word "Amira" is translated from Arabic as "princess". 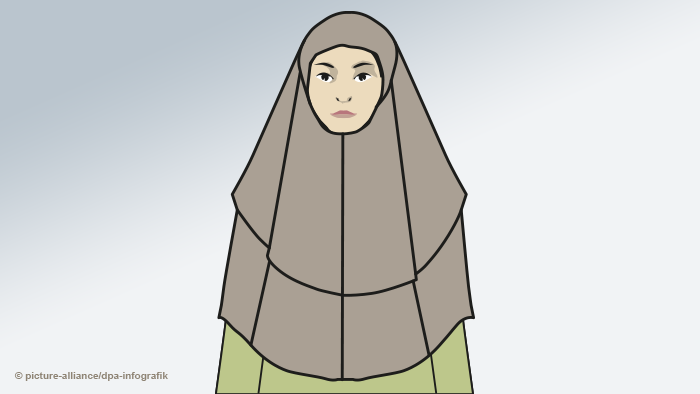 A cape with a slit for the face, covering the hair, ears and shoulders and reaching the waist. Khimar is common in the Middle East and Turkey. 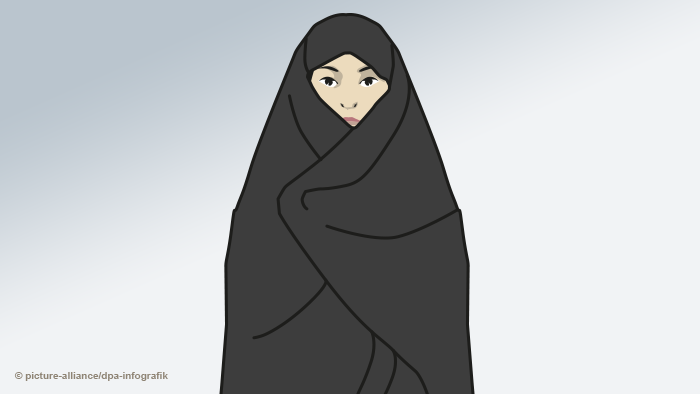 A long blanket covering the entire body from head to toe. Chadra does not fasten to clothes and has no fasteners, a woman usually holds it by her hands. The veil does not cover the face, but if desired, the woman can close her face with the edge of the veil. In addition, it is often worn in combination with niqab. Distributed in Iran. 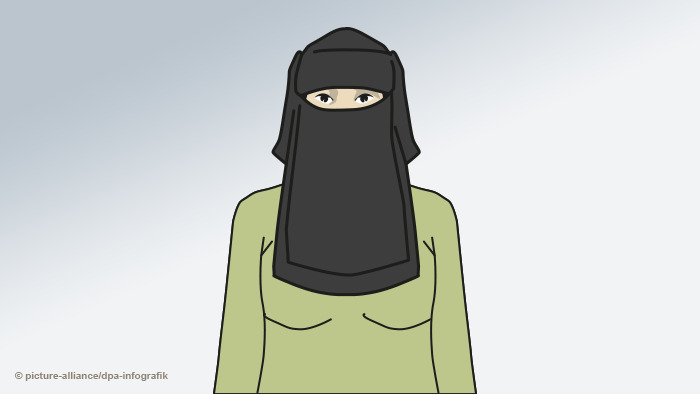 The headpiece is black, completely covering the face and hair and leaving only a slit for the eyes. Nikab is combined with other traditional Muslim clothes, for example with an abaya - a long dress with sleeves and without a belt. Most often, niqabs are worn in the countries of the Persian Gulf, Yemen and Pakistan. 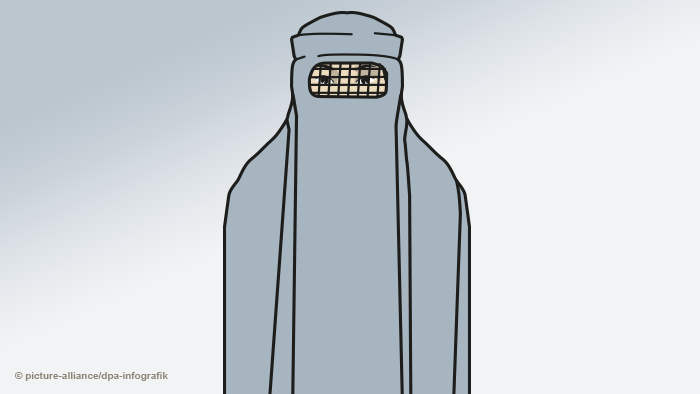 A long veil that completely covers the body and face. The slit for the eyes in the burqa is covered with a dense mesh - chachvan. This type of clothing is common in Central Asia and Afghanistan.

The main requirement for both men's and women's clothing - it must cover the body parts prescribed by Sharia ( Avrat ). For men, the part of the body from the navel to the knees is inclusive, for women - the whole body, except for the face and hands. It is allowed to show the part of Avrata to those with whom the Sharia prohibits to marry (Ma Temple). Such claims are common in many Muslim countries, but the Koran itself does not contain such detailed and direct requirements for clothing, so in the Koran ( 24:31 ) it is indicated only that women should cover their beauties, do not open them more than necessary and cover their breasts In front of other people's men. Ibid. ( 33:59 ) sets out a requirement that in different translations of the Quran into Russian sounds differently, that women should lengthen their clothes (unlike men) or tighten them so as not to be undeservedly abused. Older women who do not hope to marry are allowed to relax the generally accepted rules of clothing ( 24:60 ). At the same time, the Koran prescribes to men to pacify their eyes ( 24.30 ). Thus, the Quran requires from women only reasonable modesty in dress and behavior, and from men restraint.

The robe of a woman must conform to the traditionally feminine style in clothes, not masculine. Similarly, men's clothing should match the male style. This applies not only to clothing, but also to the style of behavior (manner of speaking, gait and movements). Islamic women's clothing does not contradict the moral and ethical ideals of the Christian and Jewish traditions.

On clothes there should be no impurity ( nadzhasa ), especially at fulfillment of a prayer.

But perhaps the most important in relation to clothing is expressed in the Qur'an in the following words: O children of Adam, we have provided you with clothing to cover your bodies, as well as for luxury. But the best attire is the robe of righteousness ... [7:26] .

The prohibitions on clothing include: