Useful information ... The history of the OUN-UPA or ...

The history of the OUN-UPA or who are the Benders 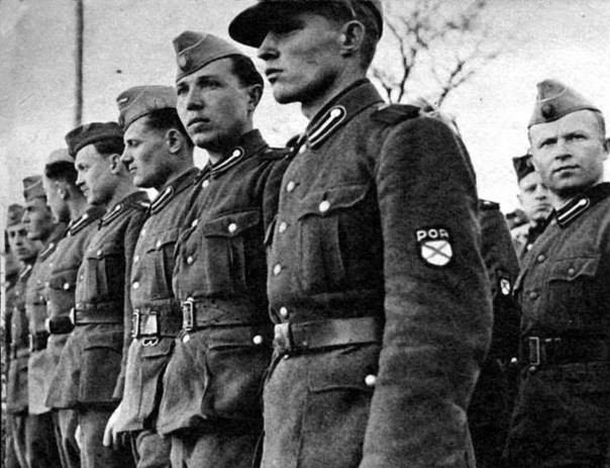 Fascism is a generalized name for extreme right-wing political movements, ideologies and the corresponding form of dictatorial government whose characteristic features are nationalism, the cult of personality (dictatorship), militarism, totalitarianism.

Right ideology is the ideology of social domination, expressing the interests of the ruling social class or a certain ruling group within the ruling class.

The SS Galichina division numbered about 50,000 people during its entire existence.

OUN-UPA fought with the invaders of all stripes from the fascists, to the Communists and on its territory, its soldiers are justified even by the Nuremberg Tribunal, so we do not take into account.

And now let's move on to the RUSSIAN military units that fought on the side of fascist Germany.

I will not list everything - the hand will tire of typing. I will indicate the main.

In one only ROA Andrei Vlasov during its existence, there were about 800,000 people !!!

By the way, the black and orange patch from which your propaganda made the "St. George" ribbon-symbol of Victory, was worn by the Cossacks who fought on the side of the Nazis against the Red Army.

The history of their country should be known to citizens.

Even such a shameful one.

A people who does not know the past has no future.

So leave Ukraine behind and tackle your problems.

You have as many, if not more, of them.

"I see a speck in my strange eye, but I do not see a log in my own" a very wise Russian proverb.