Useful information ... The mystery of the prayer "Father ...

The Mystery of the Prayer Our Prayer 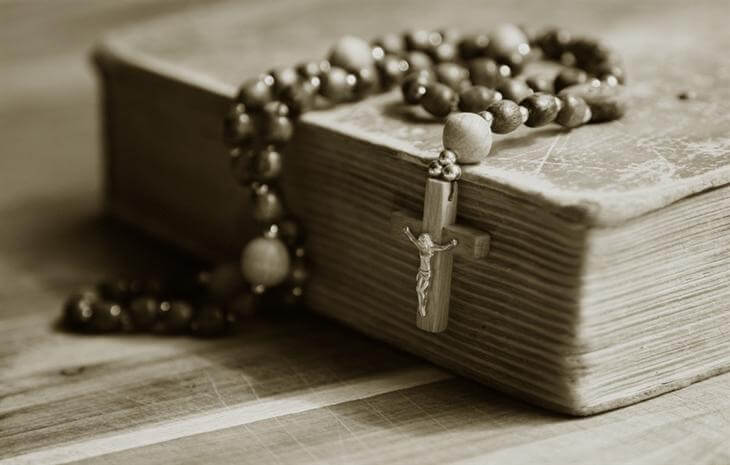 Our Father (v.-glav .: gl., Kiril.Otchє nash, dr.-Greek, Latin Pater noster), also the Lord's Prayer is a prayer in Christianity. According to the Gospel, Jesus Christ gave it to his disciples in response to a request to teach them prayer.

The prayer "Our Father" is not just the main words for any Christian, these lines contain a secret meaning, an understanding of God himself and everything that surrounds us. Many interesting facts and even riddles are associated with this prayer, which are given only to the true believer.

"Our Father" is the only prayer the Lord has given us. It is believed that it was given to mankind by Christ, and was not invented by saints or ordinary people, and this is precisely its great power.

It is given in the Gospels of Matthew and Luke:

Our Father who art in heaven!
Hallowed be Thy name;
Thy kingdom come;
Thy will be done on earth as it is in heaven;
Give us this day our daily bread;
And forgive us our debts, as we forgive our debtors;
And do not lead us into temptation, but deliver us from the evil one.
For yours is the kingdom and power and glory forever.
Amen.

Our Father who art in heaven!
Hallowed be Thy name;
Thy kingdom come;
Thy will be done on earth as it is in heaven;
Give us our daily bread for every day;
And forgive us our sins, for we also forgive all our debtors;
And do not lead us into temptation, but deliver us from the evil one.

These words reflect all human needs, aspirations and aspirations for the salvation of the soul. The meaning and mystery of this prayer is that it is a universal God's word, which can be used both for the blessing of one's own way, and for protection from evil spirits, from illness and from any trouble.

The language of Jesus Christ, which he enjoyed in communion with the Jews, was the Galilean dialect of the Aramaic language, but in the original language the Lord's prayer did not survive. All the most ancient texts of the Our Father's prayer, which are now known from manuscripts, are texts in the ancient Greek dialect of Koine. In ancient manuscripts, the texts of this prayer are different.

The version of the Gospel of Matthew was widely spread in the Christian world as the main Christian prayer, and the use of our Father in prayer as a prayer dates back to the earliest Christian times. The text of Matthew is reproduced in the Didache, the oldest monument of the Christian writing of a catechetical character (the end I - the beginning of the II century), and the Didache gives instructions to say a prayer three times a day.

Biblical scholars agree that the original version of the prayer in the Gospel of Luke was much shorter, the subsequent copyists supplemented the text at the expense of the Gospel of Matthew, as a result of the differences gradually erased. Mostly, these changes in the text of Luke occurred in the period after the Edict of Milan, when church books were massively rewritten because of the destruction of a significant part of Christian literature during the great persecution under Emperor Diocletian. In the medieval Textus Receptus, the two Gospels contain an almost identical text.

One of the important differences in the texts of Matthew and Luke is the final text of Matthew Doxology - "For Thine is the kingdom, and power, and glory for ever and ever." Amen, "which Luke does not have. In most of the best and oldest manuscripts of the Gospel of Matthew there is no such phrase, and biblical scholars do not consider it a part of the original text of Matthew, but the addition of doxology was made very early, which proves the existence of a similar phrase (without mention of the Kingdom) in the Didache. This doxology was used from the early Christian times in the liturgy and has Old Testament roots (cf. 1 Chr. 29: 11-13).

Differences in the texts of the Lord's prayer sometimes arose and because of the desire of translators to emphasize different aspects of polysemantic concepts. So in the Vulgate, the Greek (ts-Slav and Russian "vital") in the Gospel of Luke is translated into Latin as "cotidianum" (everyday), and in the Gospel of Matthew "supersubstantialem" (over-essential), which points directly to Jesus as the Bread of life.

Many Christian leaders say that reading "Our Father" at the most terrible moments of life can help to avoid a terrible fate. The main secret of this prayer is its strength. God saved many people who are in danger reading the "Our Father". The desperate situations that put us in the face of death are the best moment for uttering powerful lines.

One of the veterans of the Great Patriotic War, a certain Alexander, wrote a letter to his wife, which she did not get. Apparently, it was lost, since it was found in one of the locations of the deployment of troops. In it, the man said that he was surrounded in 1944 by the Germans and was waiting for his death at the hands of the enemy.

"I was lying in the house with a wounded foot, heard the sound of footsteps and German speech. I realized that I was going to die. Our people were close, but counting on them was just ridiculous. I could not move - not only because I was wounded, but also because I was at a dead end. There was nothing left but to pray. I was preparing for death by the hand of the enemy. They saw me - I was frightened, but did not stop reading the prayer. The German did not have cartridges - he started talking about something quickly with his own, but something went wrong. They ran abruptly to run, throwing a grenade under my feet - so that I could not reach it. When I read the last line of the prayer, I realized that the grenade did not burst. "

The world knows a lot of such stories. Prayer saved people who met wolves in the forest - they turned and walked away.

Prayer put on the righteous path of thieves and robbers, who returned the stolen items, attaching notes of repentance and that they were reminded by God.

This sacred text will save from cold, fire, wind and from any misfortune that can endanger life.

But the main secret of this prayer is known not only in grief. Read "Our Father" every day - and it will fill your life with light and good. Thank God this prayer that you are alive, and you will always be healthy and happy. 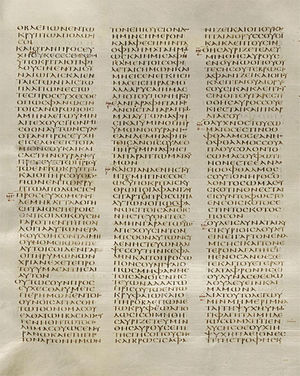 The Lord's Prayer in the Codex Sinaiticus, IV Century 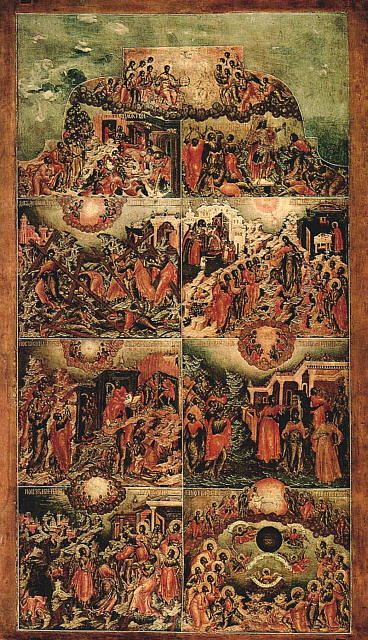