Decisions on the means of dissemination of information

DECISION-MAKING ABOUT COOLING COVERAGE, FREQUENCY OF APPEAL AND STRENGTH OF IMPACT OF ADVERTISING . When choosing the means of dissemination of information, the advertiser must decide on the desired coverage, frequency of occurrence and the force of impact that must be met to solve the tasks assigned to the advertisement.

2. Frequency of appearance of advertising . The advertiser should also decide how many times the average representative of the target audience should face the advertising period in a specific period of time. For example, you can ensure the provision of three promotional contacts.

3. Force of influence. In addition, the advertiser should consider what impact the contact with his advertising should have. Appeals on television usually produce a stronger impression than calls on the radio, because television is not just a sound, but a combination of image and sound. Within a particular type of media, say magazines, the same treatment in one magazine can be perceived as more reliable than in the other.

For example, an advertiser can achieve a one and a half force of impact, while the indicator of the impact of an ad in the average advertising medium is one.

Suppose that the advertiser's product can be liked by a market consisting of 1 million consumers. The goal is to cover 700 thousand consumers (1000000x70%). Since the average consumer will have three contacts with advertising, the advertiser should ensure the purchase of 2.1 million contacts (700,000 x 3). And since he needs contacts of one and a half force of impact, the estimated number of purchased contacts should be 3.15 million (2100 000 x 1.5). If 1000 contacts of this force of influence cost $ 10, the advertising budget should equal 31.5 thousand dollars (3150 x 10 dollars). Generally speaking, the wider the coverage, the higher the frequency of the appearance of advertising and the strengths of its impact, which the advertiser achieves, the more the advertising budget should be.

SELECTION OF BASIC KINDS OF INFORMATION DISSEMINATION . An advertising specialist who plans to use them should know well what coverage, frequency and impact strength each of these means provides. A brief description of the main means of disseminating information is given in Table. 21. In terms of the volume of advertising placed in them, these funds are arranged in the following order: newspapers, television, direct mail, radio, magazines, outdoor advertising. Each has its own specific advantages and limitations. A specialist in advertising tools who plans to use them, makes a selection based on a number of characteristics, the most important of which are:

Table 21. The main types of means of distribution of advertising

Note. The "Other" group includes expenses not covered by the six previous types of advertising media.

1. Adherence of the target audience to certain media. For example, radio and television are most effective for reaching teenagers.

2. Specificity of the goods. Women's dresses are best represented in color magazines, and Polaroid cameras on television. Different media have different potential possibilities for demonstrating the goods and their visual representation, different degrees of clarity of interpretation, reliability and use of color.

3. The specifics of the treatment. An appeal bearing the news of a major sale that will take place tomorrow requires the use of a radio or newspaper. An appeal containing a large amount of technical information may require the use of specialized journals or postal items.

4. Cost. The most expensive is television, and advertising in newspapers is cheap.

SELECTION OF SPECIFIC CARRIERS OF ADVERTISING . Then the specialist in means of advertising proceeds to choose the most profitable ones. For example, if the ad should appear in the logs, the specialist examines the data on their runs and the prices for ads of different sizes with print in different color variants and different locations, as well as data on the frequency of the logs. Then he evaluates the journals for such indicators as reliability, prestige, the availability of regional publications and publications with a professional bias, the quality of the printing reproduction, the editorial policy, the length of the terms of the order and the psychological impact on the readers. Having made such an assessment, the specialist decides which specific journals will provide the necessary coverage, frequency and impact indicators within the allocated appropriations.

The cost of advertising per 1000 people. Specialists in the means of advertising deduce the cost of circulation in a specific medium per thousand people. If full-color full-color announcement in Newsweek magazine costs 58 thousand dollars, and the estimated circle of readers of the magazine is 6 million people, the advertising cost per 1000 readers will be about $ 10. The same announcement in the magazine Business Week can Cost - 26 thousand dollars, but cover only 2 million people, which means that in this case the cost of advertising per 1000 people will be already $ 13. The specialist in advertising media ranks the journals in terms of cost per 1000 readers and usually gives Preferred publications with the lowest settlement rates.

ADOPTION OF DECISIONS ON THE SCHEDULE OF USE OF ADVERTISING FACILITIES . The advertiser will have to draw up a timetable for advertising during the year, taking into account the factors of seasonality and the expected conjuncture changes. Suppose the sale of a product reaches its peak in December and falls in March. The seller can give intensive advertising from December to March inclusive, can post it in May-June, trying to achieve sales growth at this time of year, or can advertise the product with the same intensity throughout the year.

In addition, the advertiser has to make a decision about the cyclical nature of his advertising. Under the sequence, we mean the uniformity of the placement of ads within the time frame. The pulsating schedule is the uneven placement of advertising within the same time period. So, for a year, you can plan 52 publications - either one per week, or a pulsating schedule in the form of several concentrated outbursts. Adherents of pulsating graphics believe that: 1) the audience gets deeper acquainted with the treatment and 2) you can save money. Studies conducted by the firm Anheuser-Bush showed that it is possible to stop advertising Budweiser beer in a specific market for at least a year and a half without any negative consequences for the sale of the product10. After that, the company can arrange a 6-month advertising splash and completely restore the previous growth rates of sales. This research led the company to the decision to advertise Budweiser beer on a pulsating schedule. 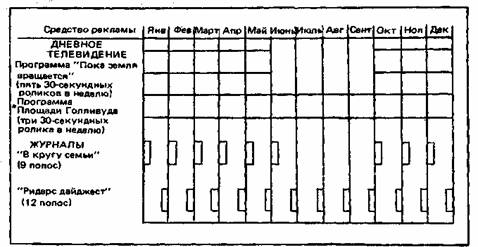 Fig. 80. An example of a schedule for using advertising media

Decisions on the choice of specific carriers of advertising and a timetable for their use can be presented in the form of a scheme. The schedule of using the means of advertising, shown in Fig. 80, says that the program "As long as the Earth rotates" advertising will be given on weekdays every day, except for the summer months, and the program "Hollywood Square" - all year round 3 times a week, in the magazine "In the family circle" - at the beginning of each month, except for summer, and in the magazine "Reader's Digest" - monthly.