For Student, Schoolchild ... Learn to speak a little ... 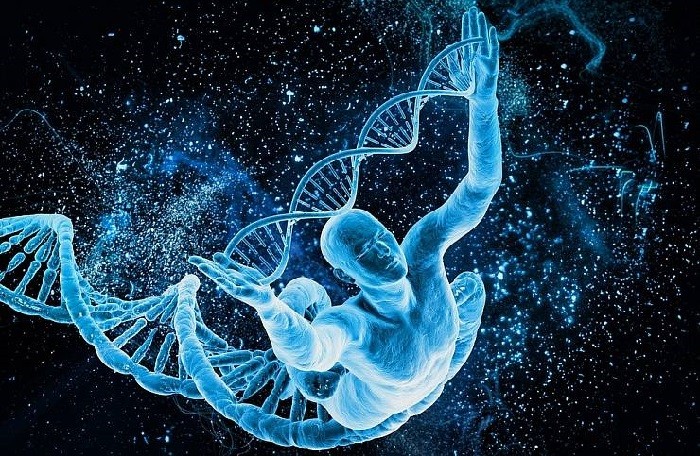 Deoxyribonucleic acid (DNA) is a macromolecule (one of the three main, the other two are RNA and proteins), which provides storage, transmission from generation to generation and the implementation of a genetic program for the development and functioning of living organisms. A DNA molecule stores biological information in the form of a genetic code consisting of a sequence of nucleotides. DNA contains information about the structure of various types of RNA and proteins.

An ideomotor act (other Greek) is the transition of the idea of ​​muscle movement to the actual fulfillment of this movement (in other words, the appearance of nerve impulses that provide movement as soon as the idea of ​​it arises). Ideomotor acts are involuntary, unconscious and, as a rule, have poorly expressed spatial characteristics. The principle of ideomotor acts was discovered in the XVIII century. English physician D. Gartley and developed by the English psychologist W. Carpenter. Further studies showed that movements accompanying the process of representing movements cannot always be classified as involuntary and that muscle contractions causing these movements can be recognized.

When something happens in your life, try one practice - don’t tell anyone about it when it is painfully itchy to tell. Something happens - keep it in yourself, then you will keep within yourself the strength and potential of this incident.

Also, when someone tries to draw you into their stories - keep calm and watch your emotions, do not let them control you and get involved in other people's emotions. This will be noticed even by those around you - in which aura of power and mystery you will begin to reside, but in fact you just saved yourself, not wasting for a more valuable feat than idle dancing.

Scientists have come to a stunning conclusion: DNA perceives human speech. Her "ears" are directly adapted to capture sound vibrations.

Pushkin once wrote to his wife: "Don’t bother your soul by reading French novels." Our contemporary is only smiling at this mandate of a genius, but in vain. Molecules of heredity receive both acoustic and light information: silent reading reaches cell nuclei through electromagnetic channels. One text heals heredity, and another traumatizes it.

Prayer words awaken the reserve capabilities of the genetic apparatus. The curse destroys wave programs, and therefore violates the normal development of the body.

P. Goryaev believes that with the help of verbal thoughts-forms, a person creates his genetic apparatus. For example, a child who has taken a certain program from his parents begins to row, curse. Thus, he destroys himself and his environment - both social and psychological. And this “snowball” is rolling down from generation to generation.

So the genetic apparatus is not indifferent to what we are thinking about, what books we are reading. Everything is imprinted in the wave genome, that is, the wave genetic program, which changes the heredity and the program of each cell in one direction or another. So, the word can cause cancer, and can cure a person. And DNA does not make out, you communicate with a living person or with the hero of a television series.

How words and thoughts affect our lives

Have you ever thought about the fact that words and thoughts affect our lives?

In fact, they do not just influence, they shape our reality! And what life you say depends on what you say! If you saw the film “The Great Secret of Water” about water, then you will surely remember that water is capable of perceiving, saving and transmitting information even as subtle as a human thought, emotion, not to mention words. Under their influence, the whole structure of water, its molecule changes, and since we ourselves are composed of water, then, accordingly, a person can influence himself and his word and thought on his health and body. Let's look at the most common phrases in our lives, and as a result, what we get. So, let's begin!

Saying "wow!" - how do you think, how much do you get for yourself? Of course not! Just remember, have you ever had such cases when you didn’t get anything? Everyone got it, but you don’t. This situation, the answer of the universe to the phrase - “wow!”

Remember how often you say, “I don’t hear anything at all (I don’t see, I don’t feel, etc.) !!!” What do you think will attract these words to your life? - Of course, diseases of the eyes, ears, nose.

Speaking and thinking - “I'm fat” - you get plus extra pounds.

Saying “I have no money”, you will accordingly never be in financial abundance. The phrase - “Money comes easily and often to me!” Helps to attract finance. And as soon as you do not interfere with your negative thoughts in the process of implementing the stated, you will immediately feel how easy it is for you to open up new possibilities for the money to come into your wallet!

Speaking in response to gratitude - “to health!” - you give your health !!! Thus, offering another - on, take my health! There is a replacement for these words - a very pleasant and sincere phrase. When they say "thank you", answer - "GOOD".

Using the prefix “demon” in words you attract a demon into your life. The prefix "demon" in the Russian language never existed! New spelling rules were imposed on the Russian people after the 1917 coup. “Demon” is a prefix introduced into the Russian language in 1921 by Lunacharsky-Lenin, contrary to the rules of the Russian language. This rule has been introduced specifically to praise and extol the despised demon. Look at the words: "powerless", "useless", "aimless", with these words we give strength to this unclean power. Replace it with no. And then everything will fall into place.

The words "I don’t seem to have anything" are programmed for the absence of anything in your Family!

Saying “I need”, “I need” - you live life out of need and under the influence of circumstances, thereby depriving yourself of the opportunity to be the master of your life. It would be nice to replace these words with "I choose."

Saying to the child “you are a fool” - he will learn badly from you. Because, as you yourself created it not sober!

Saying to a loved one - “my eyes would not have seen you”, “you got me”, “leave me alone”, “disappear from my life” - you program a breakdown with this person. Do not be surprised if your husband or the child then leaves the family, or even worse from life. But this is how the law of the universe works. What you ask for comes to you! Remember the Russian fairy tale when the wife told her husband - “so that you fail!” That is exactly what happened at that very second. It’s not by chance! The Russians always knew the power of words and thoughts and in fairy tales showed how universal laws work!

Saying to the child “You will fall”, “There you break your legs, you turn your neck!” Please, do not be surprised if this is exactly what happens to your child! You yourself, again, created a life scenario for your child. Remember how often you say, “because I told you that it would be so”, this is also this case when you yourself brought a negative situation into the life of your loved one, and therefore into your own.

Speaking of men, “all men ... .. ,, there is not one normal!” - so it turns out that each man subsequent in your life will bring you only one suffering and grief.

By telling a person - “I don’t digest you!” - you get problems with the gastrointestinal tract.

“You're sitting on my neck!” - get osteochondrosis.

“My heart bleeds”, “My heart nearly stopped” - consider that you ordered a heart disease from the heavenly office.

So that bad things do not happen, it is very important not to think about him, much less to pronounce negative information. No wonder there is a saying - "It is said - done!" That is, having said that, you have almost accomplished this. You have run the execution program! But not everything is so bad, good words and thoughts work in the same way. By creating and releasing a positive thought, you end up with a positive in life, as good people and pleasant events.

And another important information - scolding a person, sending curses on him, calling him offensive words and insults, thereby you influence not only his biofield, but also your own! You destroy your subtle energy and bring the same curse on yourself and your children! Before speaking strongly to someone, it’s very worth considering if it’s worth it! It might be better to hold back! And release your emotions in a scream in the forest, thereby relieving stress from yourself and getting a lot of pleasant sensations throughout the body.

Replacing negative thoughts and words with positive ones, you create a space of love and positive around you, and in this case, everything negative will bypass you. And pronouncing the words “I love” and “Thank you” you change and influence the whole world. Let us give a smile, love, gratitude and forgiveness as often as possible creating pure light energies in our Universe.

There are a lot of negative words that affect our life scenario, but now I think you yourself can track them in your speech and do not let them get the better of your life! Believe me, only by changing your thinking and speech, you can radically with “unsuccessful” change your life for a happy and joyful one.

The general horoscope for February 22

This day will help to discover new abilities and talents, bring more desire for freedom, a desire to show their originality, independence. Morning hours are not bad for visiting a hairdressing salon, beauty salon, taking care of your appearance.

The day is favorable for the acquisition of image items, gifts for parents and close people. The acquisition of high-quality cosmetics, art objects, and design will also be favorable. Successful will also be the purchase of items for sports, outdoor activities, metal products, steel, weapons. You can successfully spend money on the purchase of a smartphone, laptop, software