Useful information ... Explanatory note to the law of Ukraine № ...

Explanatory note to the draft law of Ukraine No. 2179 dated 09/25/2019 on preventing and counteracting the legalization (laundering) of proceeds from crime, the financing of terrorism and the financing of the proliferation of weapons of mass destruction 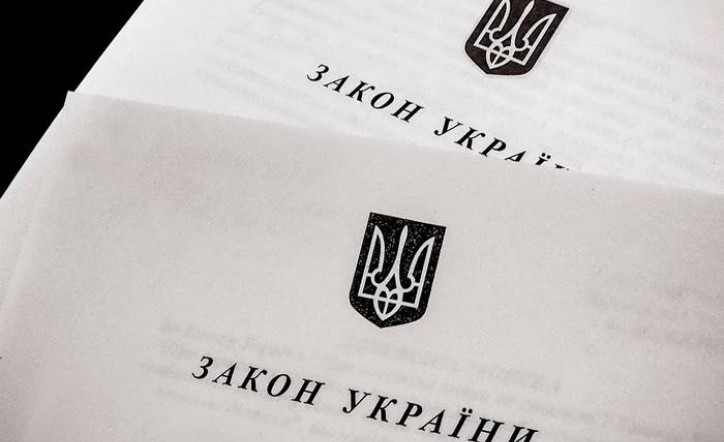 Meta: access to the legal system of Ukraine in the sphere of legal protection of income and financial stability and widespread social protection to the criteria for European Union membership.

Zakonoproєkt rozrobleno on vikonannya paragraph 26 of the plan zahodіv for 2017 - 2019 Rocky s realіzatsії Strategії rozvitku sistemi zapobіgannya that protidії legalіzatsії (vіdmivannyu) dohodіv, possession zlochinnim Shlyakh fіnansuvannyu terorizmu that fіnansuvannyu rozpovsyudzhennya zbroї masovogo znischennya on perіod to 2020 roku, zatverdzhenogo rozporyadzhennyam Uryadov od 30.08 .2017 N 601-p ; point 35 and 586 of the plan of the entry to the Law of the Good about the association of Ukraine, one side, that of the European Union, the European Union of goods from the atomic energy and the other states, of which there are 10 states ; clause 36e of the Memorandum of Understanding between Ukraine and the IMF and the Method of Implementation of the Fourth Directive (ЄС) 2015/849, “On acquisiting of the financial system for the introduction of pennies and financial regulation, 2015/7” penny say "I have won the key minds for donation by the European Union of Ukraine in the new season of 2019 another tranche of macro-financial assistance with a 500 million euro prize."

Most of the provisions of the Directive (ЄС) 2015/849 and Regulation (ЄС) N 2015/847 are implemented in the laws of Ukraine, the law is protected by the Law of Ukraine “On acquiring and protecting legal income, increasing the amount of money needed knowledge " (dalі - Law), which is fragmented on the basis of the FATF recommendation. The process of implementation of meaningful acts ЄС is not completed.

I will take a look at the draft law, the Ministry of Finance of Ukraine has prepared a draft law “On acquiring legal protection and income (income), having a malicious grudge, financing and paying off money”.

Draft Law є Similar to a draft law, a certain type of registration for N 9417 dated December 19 , 2018 at the Supreme Council of Ukraine of the VIII click (order), and that preparation for inclusion in the review of the Supreme for the Ukraine IX click at the time of the international proclamation.

3. The essence of the draft act

The draft Law applies comprehensively to the national legislation in the field of financial monitoring, which means:

- reimbursement of the terminology that has been taken into practice in the realm of protection and legalization (income) of income earned by a wicked hat, financing of the day and night of the whole day and night;

- Recognizing the risk-based approach by sub-projects of the initial financial monitoring (SPFM) during the due diligence of their clients and their clients before the case is completed;

- the availability of the threshold sum and the change of sign for the general financial statement about financial operations, about the SPFM (banks, insurers, credit cards, pawns and bills); 'language about financial operations for a sum of more than 400 thousand. UAH (at a rate of 150 thousand hryvnias.) that you’re obligated to receive a reprimand, refusal of money for a cordon, politically significant persons and members of powers, who don’t discourage recommendations from international, middle-aged organizations, that you need to protect your country;

- expansion of the SPFM stake, so be sure to hold financial monitoring of financial operations, - by individuals, to offer information and consulting services for meals;

- Conveniently open the procedure for submission of submissions to the state granting of their own beneficiary owners (controllers) and the improvement of the vimog until the appearance of the SPFM beneficiary beneficiaries of their clients;

- Provision of international instruments for frozen assets and regulation for SPFM assets, which requires financing and financing;

- more convincing legislative aspects, which can be used to increase income from legalization of income earned by a malicious slut;

- a more detailed provision of the law, to protect confidentiality; the fact that the SPFM is excluded from food, the decision and handicap of the State Fund for Financial Monitoring, that, as a rule, the prejudice of the most negative and discriminatory views

- transition to the reporting of pennies for the use of tools for domestic use, the identification and distribution of pennies and the pennant for the settlement of terrorism, as well as for the adjoining calls.

- Supersupply of groshy rebidding information about the payer and reprimand;

- to ensure that the availability and information of the payer and the payment holder;

- make sure you come in, hide it on the door to get money with pennies, possessed by all kinds of money, get money from legalization, get money, get paid by the way, and have fun.

At the center of the sphere of suspension of products:

The Code of Ukraine on administrative law enforcement ;

Code of Administrative Judicialism of Ukraine ;

The Law of Ukraine "On Banks and Banking" ;

The Law of Ukraine "On the fight against terrorism" ;

The Law of Ukraine "On the enormous amount" ;

The Law of Ukraine "On the State Registration of Legal Entities, Physical Entities - Legal Forms of Large Forms" ;

The Law of Ukraine "On the National Bank of Ukraine" ;

The Law of Ukraine “On Ratification of the Convention for Europe on Vidmovannya, Posuk, Awareness and Confidence of Incomes That Have a Malicious Hat, and About Financing Terrorism” ;

The Law of Ukraine "On ratification of the Convention Organizations on National Law against Corruption" ;

The Law of Ukraine "On Insurance" ;

The Law of Ukraine "On the system of guaranteeing investments of physical entities" ;

4 1 . Representation of ambushes realized by the authorities of the wielding power of the principles of power politics of digital development

In the draft law, go ahead and implement the principles of the sovereign policy of digital development implemented by the authorities of the vicarious power.

Realization of the law does not require additional donations from the sovereign budget of Ukraine.

By adopting the draft regulatory act, the law should be given the opportunity to thoroughly organize the primary and sovereign financial monitoring and efficiency and the effectiveness of the legal framework, and the majority of their financial assets are protected.

The Draft Law does not require the confirmation of documents of the sovereign plan more than once before the Law of Ukraine "On Strategic Ecological Safety".

Realization of the draft law is not acceptable for the interests of the population of oktremes (groups) of populations, shared interests, and submissions of state donations.

Draft Law The law does not hinder the supply of functions of the public self-determination, the social and labor sphere and the sphere of science and science and technology.

The draft law will require consultation with the public.

With the help of a huge negotiation, the draft Law was posted on the website of the Ministry of Finance of Ukraine.

The draft Law was burned by the Ministry of Justice of Ukraine іz with respect.

Projects of the Law do not have a statute, such as avenging signs of discrimination.

11 1 . Відповідність to the principle of protection of equal rights and abilities of women and men

The draft law stipulates that it is necessary to violate the principle of securing equal rights and opportunities for women and men.