For a month and a half, the Russian Federation sent 402 armored vehicles, 256 tanks, 138 Gradov, 5 Bukov and 4 Tochka-U to terrorists in the Donbass, - the National Security and Defense Council (Infographic) 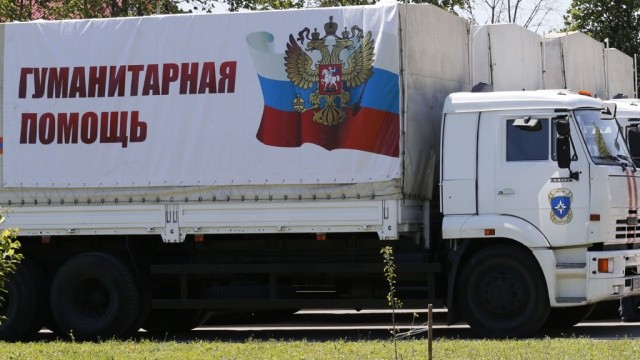 The NSDC said that in fact Russia imports in its convoys to the Donbass.

Well-known Russian "humanitarian" convoys have attracted the attention of the media around the world. In fact, their appearance is intended to divert attention from the real convoys that cross the uncontrolled sections of the Ukrainian border on a daily basis, the NSDC info center said.

The National Security and Defense Council Information and Analytical Center has published intelligence data on the continuous flow of military convoys supplying terrorists with "live" power and heavy weapons. Intelligence shows the amount of equipment that crosses the Russian-Ukrainian border in areas that Ukraine does not control and does not monitor the OSCE.

The largest number of convoys illegally crossed the border at the Izvarino checkpoint (Lugansk region), and convoys seeped through the area around Korolevka, a section of the Korolevka-Abyss border, some were spotted in the settlements of Dyakovo and Esaulovka - all located on the territory of the Lugansk region. In the Donetsk region there are also several locations of illegal entry, they are located in the Mariupol direction and pass through Maximov and Veseloe-Voznesenka to the Russian Federation, through the checkpoint "Uspenka", and convoys penetrate deep into the Donbass through the settlements of Dmitrovka and Dubrovka.

None of the above settlements near the border or checkpoints are controlled by Ukraine, and the OSCE does not monitor. The mandate of the OSCE Observer Mission was limited to only two Russian checkpoints on the Russian-Ukrainian state border - Gukovo and Donetsk. Moscow repeatedly interfered with the decision to monitor OSCE observers the entire border in the ATO zone.